The Kn0ck is an open-source penetration testing utility that can automate the process of information gathering, vulnerabilities scanning, and exploitation of networks and web applications. It renders the services of a number of third-party tools including Metasploit, NMap, Nikto, Arachni, and WPScan to perform the following information gathering and vulnerabilities scanning/enumeration functions.

Besides the aforementioned scanning features, the Kn0ck tool can test different network and web technologies to assess multiple Common Vulnerabilities and Exploits (CVE’s). The following are some examples of CVE’s and Remote Code Execution (RCE) vulnerabilities that can be traced using the Kn0ck tool.

The scan results are automatically stored in different formats including Text, PDF, and HTML.

HOW TO INSTALL KN0CK TOOL

Installing the Kn0ck tool is a fairly simple process. The first step is to clone the source code from Github using the following command.

The next step is to change the permission rules for the shell files.

The final step is to run the install.sh file using the following command. 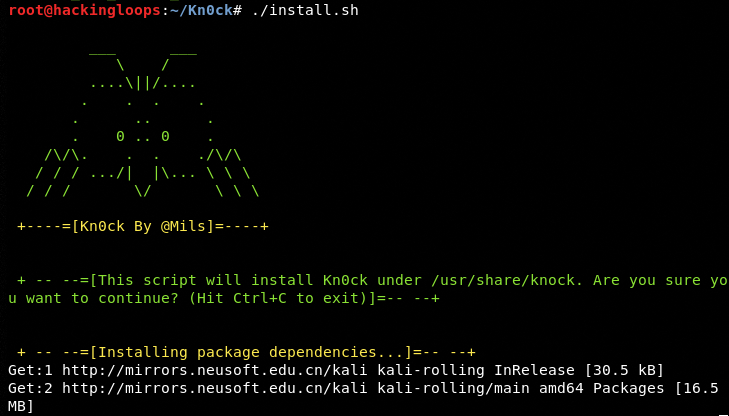 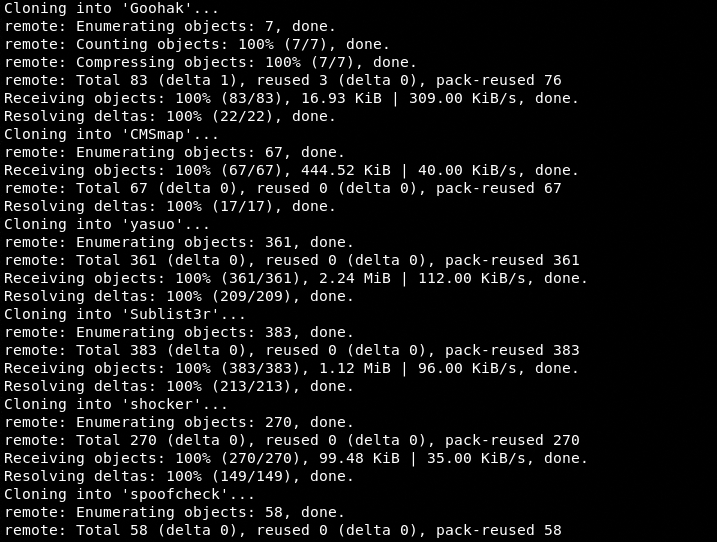 After the successful installation of the tool, we need to edit the kn0ck.conf file in the main directory. The file requires CENSYS ID and API keys to perform different scanning tests. Open the kn0ck.conf file and add the CENSYS API secrets as shown in the following screenshot.

The Censys keys can be obtained from the API section in the Censys.io application.

After the tool is successfully installed, it can be launched from the terminal using the following command.

The following help command lists all the important parameters and syntax to run the Kn0ck tool in different modes. 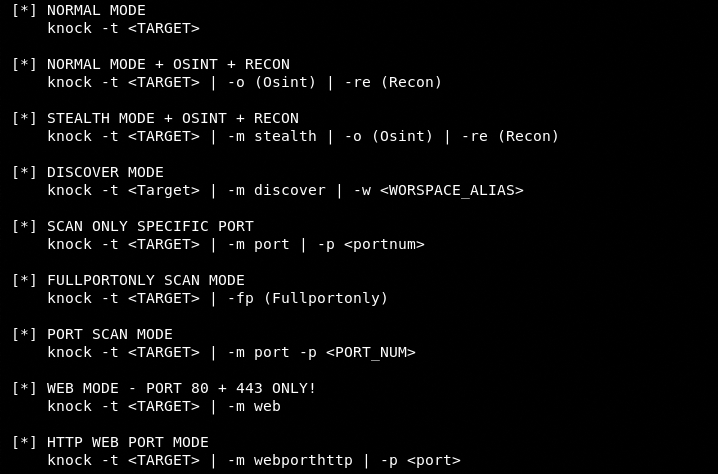 As we can see in the help menu, the normal or basic mode scan can be performed using the following simple syntax.

The above command performs all the scanning and enumeration tasks against the target host. To analyze the working and performance of the tool, we run the basic scan test against the following sample website.

The Kn0ck begins scanning with the DNS and WHOIS information.

After getting the basic DNS and WHOIS information, the Kn0ck tool starts digging deeper into the target host by finding the open ports, running services, and version information.

The services and version information at this stage is very crucial since some vulnerabilities are associated with certain ports and their versions. The host keys and supported cipher information is gathered in the following format.

The UDP port scanning is also performed without the version information. 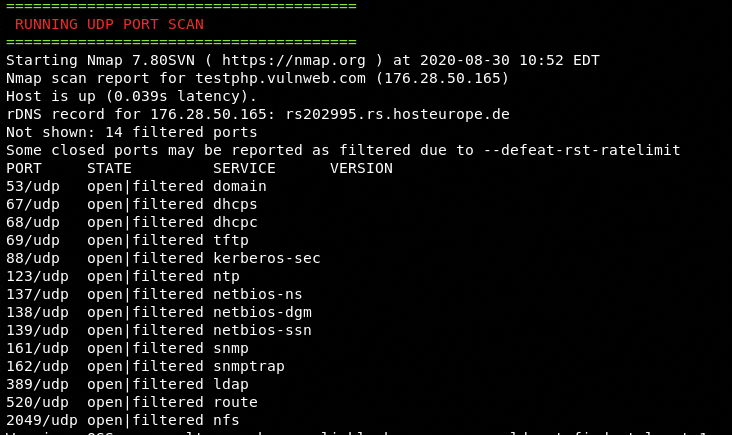 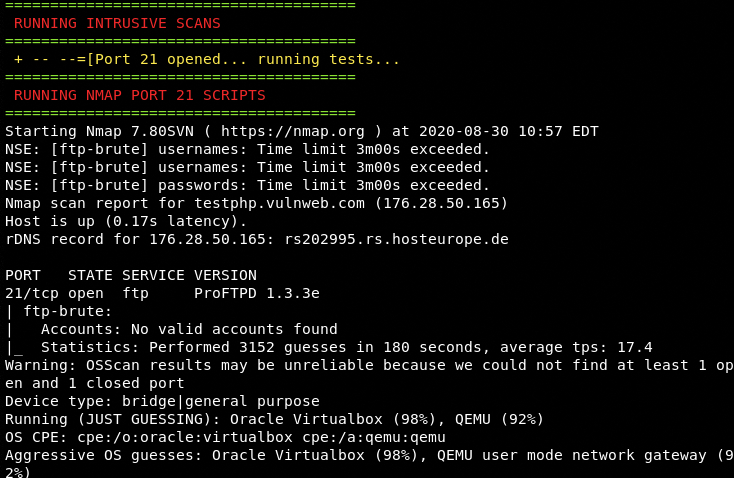 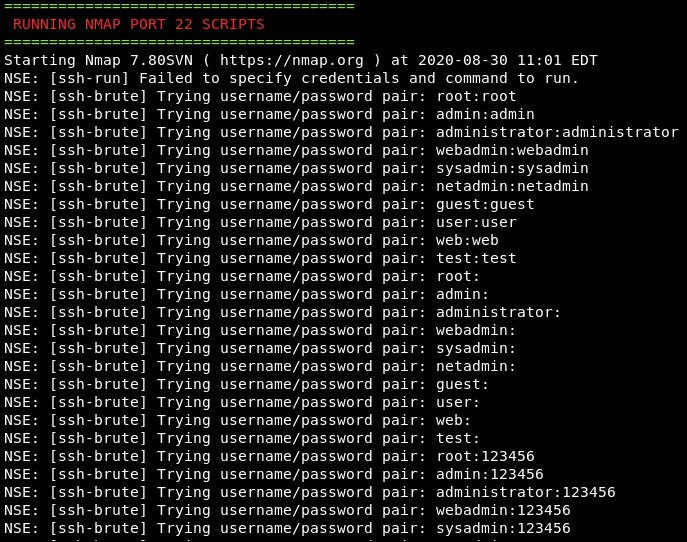 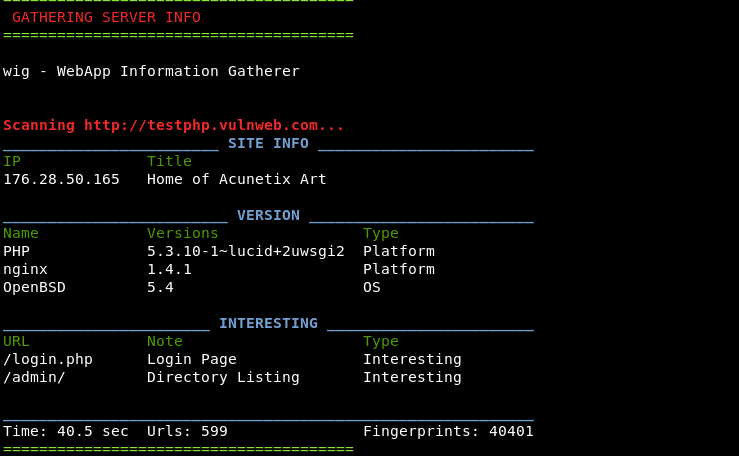 After completing the scanning process, the results are stored in /usr/share/kn0ck/loot/ directory. If we analyze the /loot/ directory, we can see a number of sub-folders, each having specific scan results.

The reports section contains the scan results in three different formats as shown in the following screenshot. 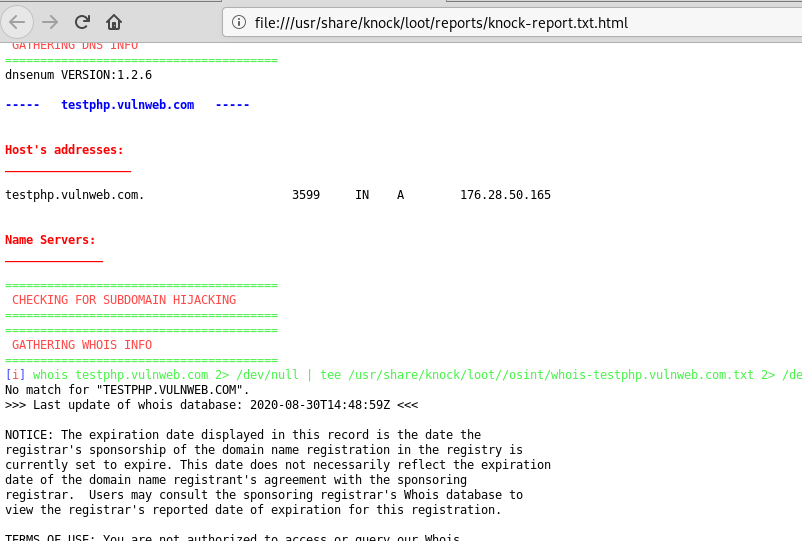 There are many penetration testing tools to automate the information gathering and vulnerability scanning process. However, there are only a few utilities like the Kn0ck tool possessing the auto-pwn feature to automatically identify the CVE’s and RCE’s in networks and web technologies.