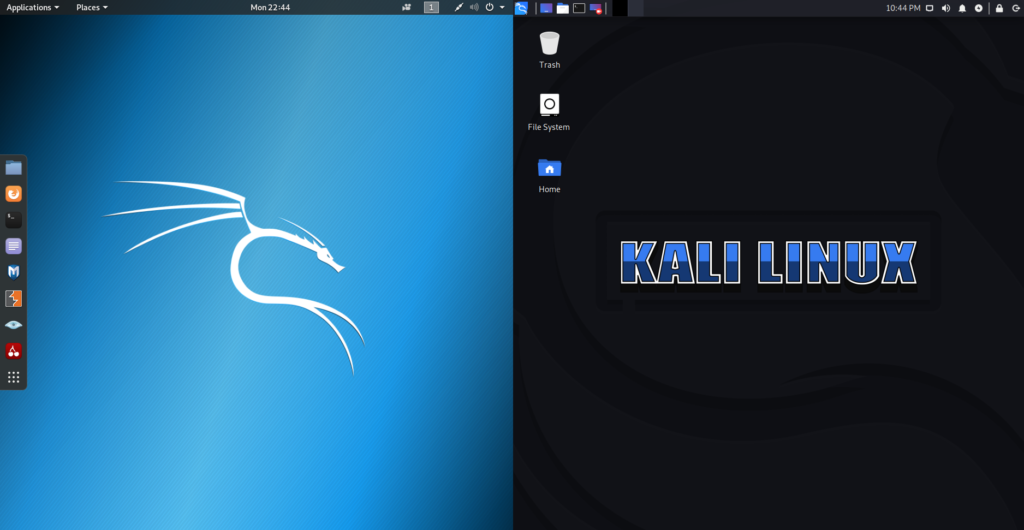 As a frequent HackingLoops reader, you already know how much we love Kali Linux, the pen-testing distribution developed by Offensive Security that is bundled with a ton of hacking tools for you to use for either practicing or to perform security audits on your clients’ systems.

According to their November 26, 2019 blog post, they released version 2019.4 of the Operating System with several changes, the most notable of which is the switch from GNOME 3 to the XFCE Desktop for the main Kali release. This isn’t a new desktop environment for Kali, however, since the Kali XFCE flavor has been around for quite some time already.

The switch makes sense, however, since most security professionals actually run Kali within a Virtual Machine. Thus, using a desktop environment that is lighter on system resources means that you’ll be able to run more utilities at the same time, with the same amount of dedicated RAM; which in turn increases productivity. Not to mention the fact that less RAM usage also allows for spinning up more VMs at the same time, allowing you to practice on more virtual targets running simultaneously on your host machine.

As always, a new release means that most packages have also been upgraded. Don’t worry, as it continues with the rolling release model, you won’t have to worry about having to reinstall later.

Among updates for this release, we have the kernel, as it comes with version 5.4.0 of the Linux kernel.

The oh-so-powerful and always useful Metasploit Framework has been updated to version 5.0.70.

The BurpSuite web app testing suite has also been updated to version 2.1.07.

We believe that the XFCE Desktop Environment on Kali makes it look more sleek and, since it consumes far less system resources than GNOME, provides much better performance; thus allowing you to hack away much faster. Take a look at the following screenshot to see what we mean. 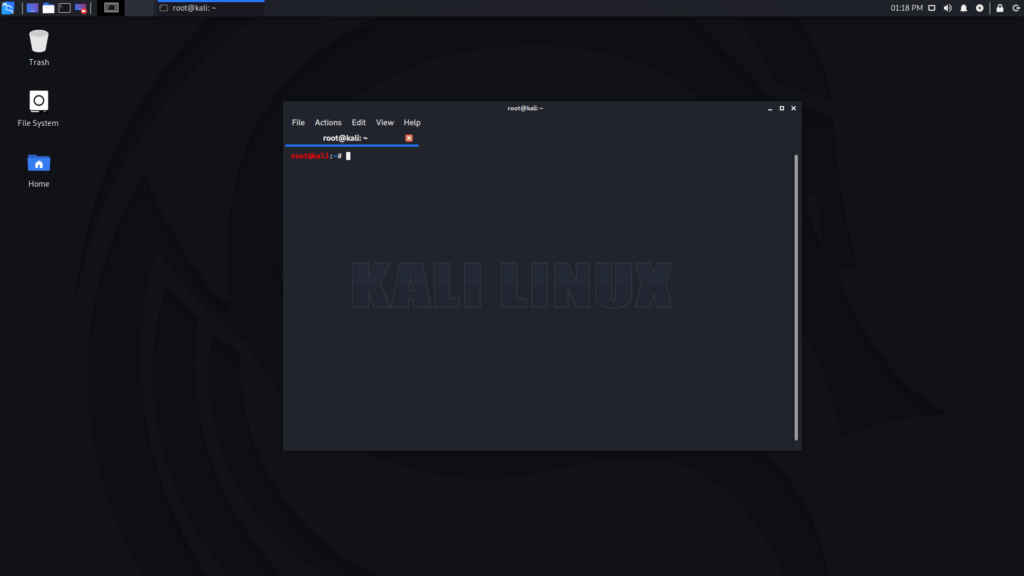 With regards to the Menu structure on XFCE, you’ll noticed that the categories have been preserved, so you have the same access to all your tools. 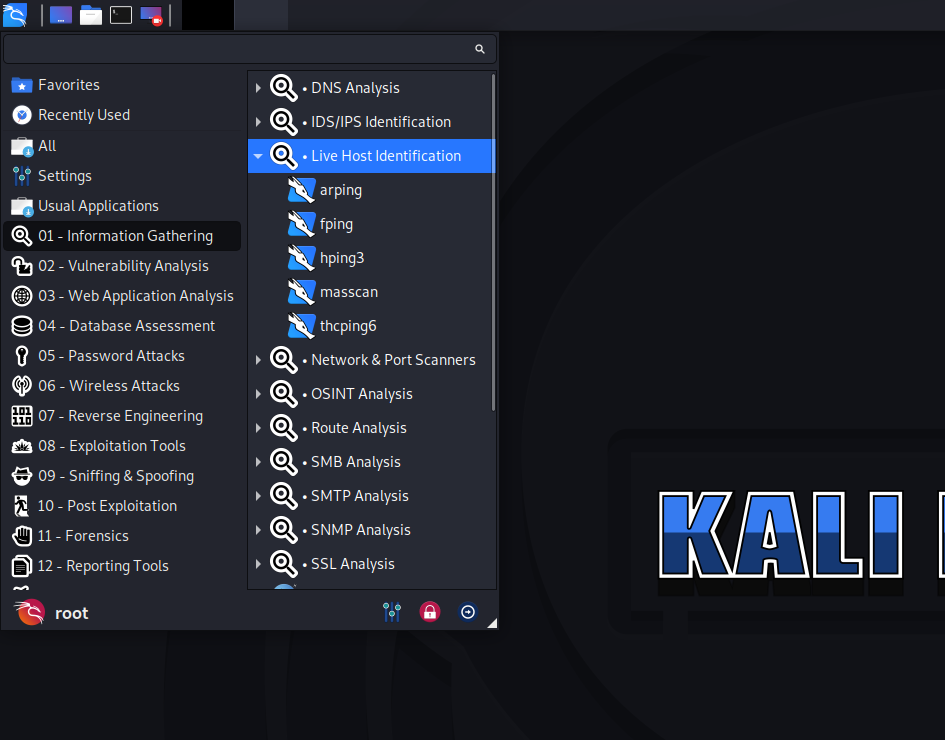 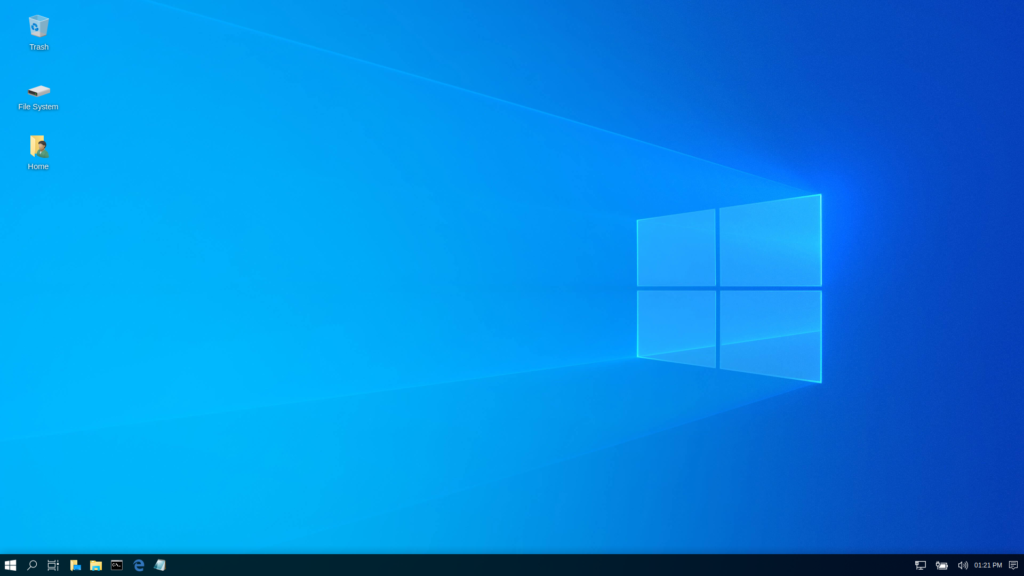 New for this release, we have the added Undercover Mode feature that you to… Well, go undercover whenever you’re hacking in a public place. This is specially useful in public places; for example, if you’re at a restaurant, a cafeteria, an office space, or if you simply want to remain unnoticed.

Undercover mode is basically a new theme, developed by the Kali team, that makes your desktop look very similar to the Windows 10 interface. To activate it, open the Main Menu, then go to Usual Applications, then Other and then select Kali Undercover Mode. 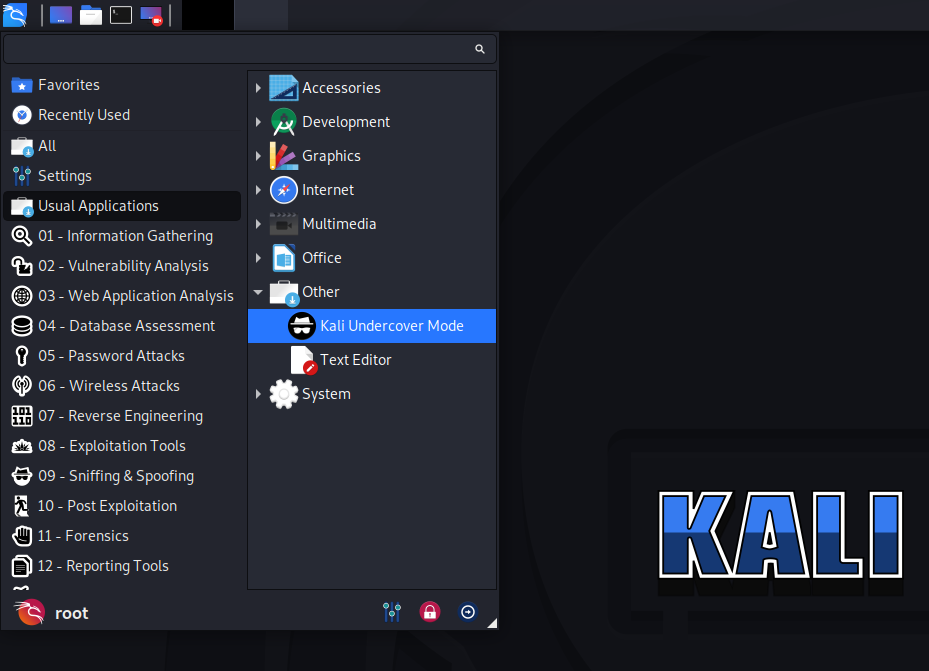 After a few seconds, your desktop will look pretty much like this: 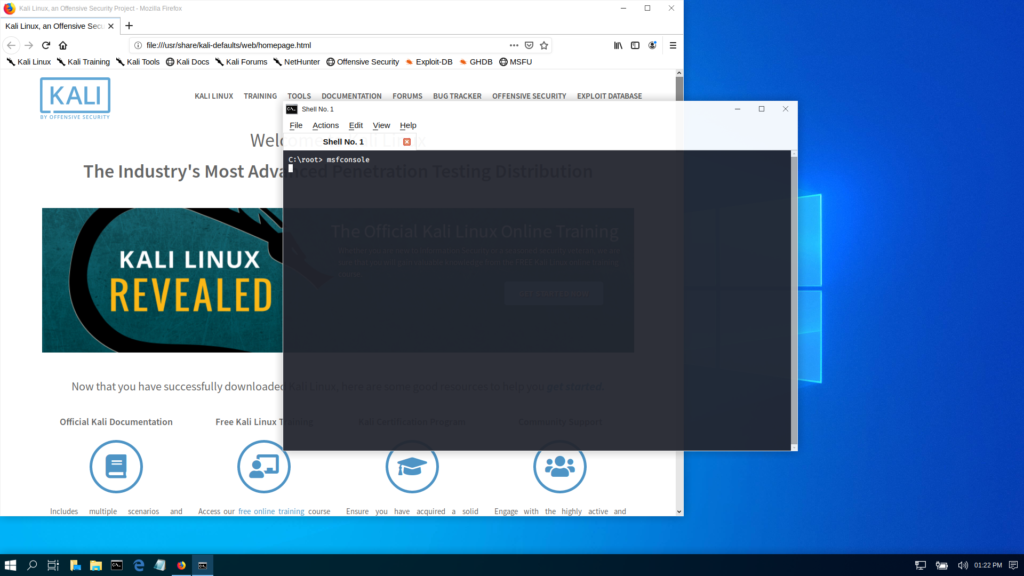 For example, here is a screenshot of Mozilla Firefox and msfconsole running under Undercover Mode. 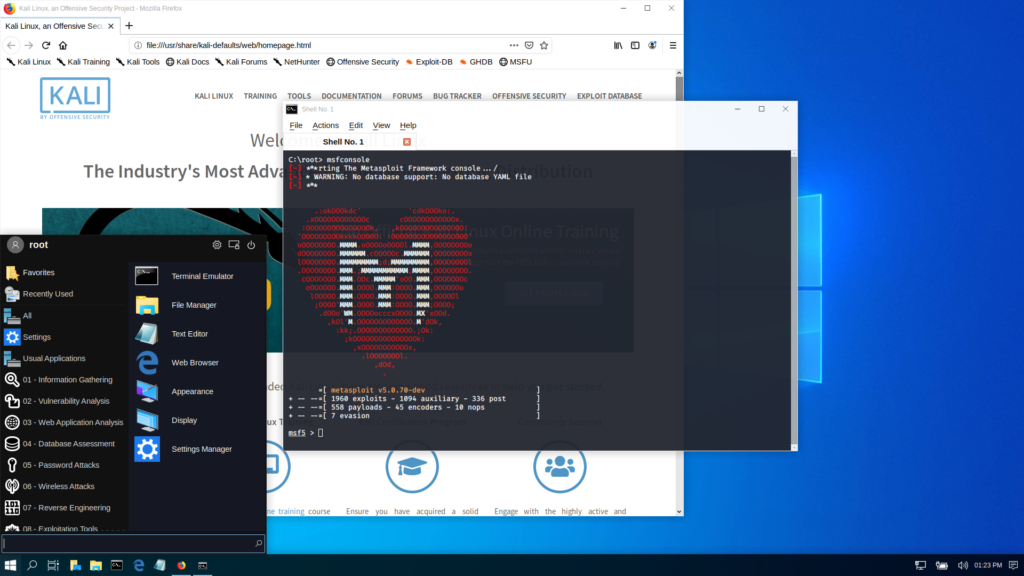 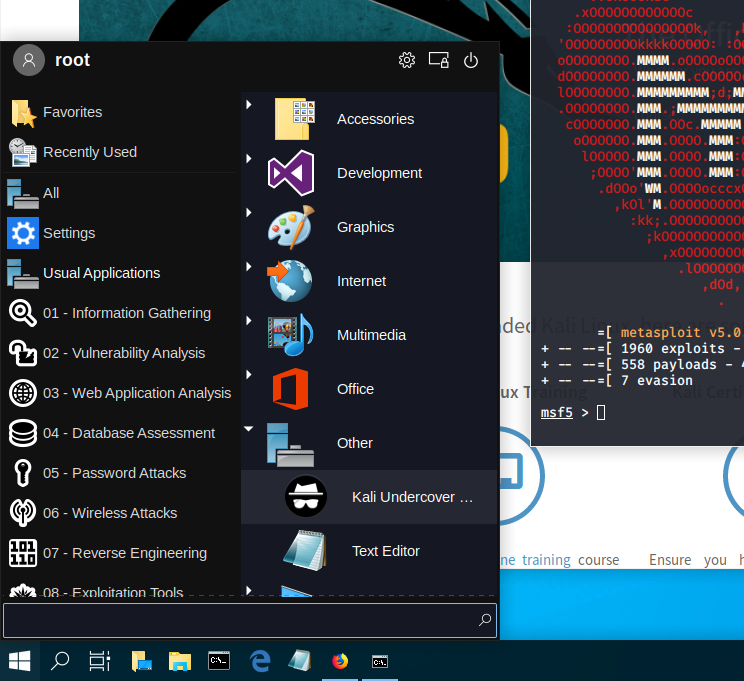 Just like before, give it a few seconds, and the theme will change back to your XFCE setup. 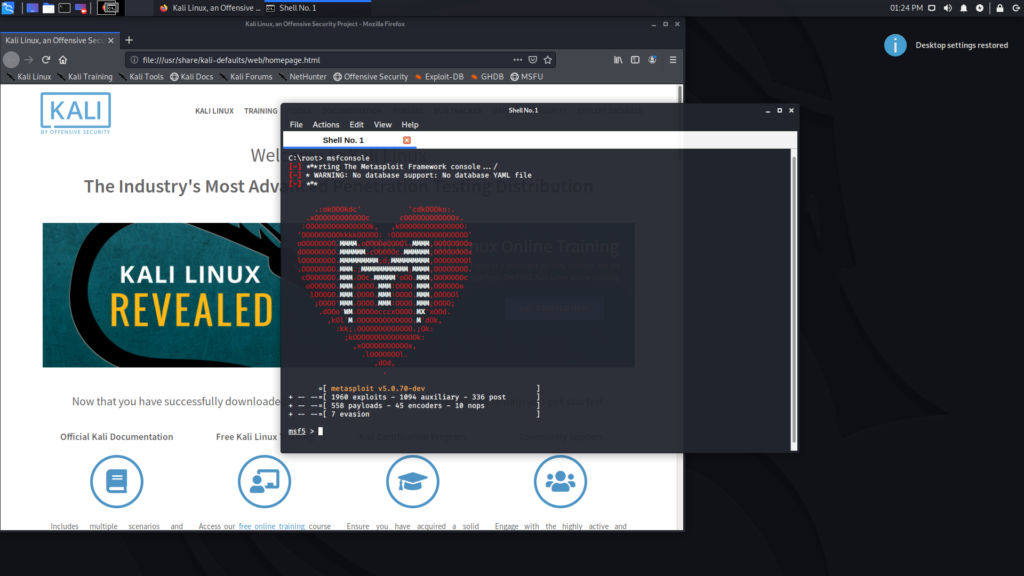 We really hope you like this new Kali release as much as we did. Have you used the Undercover Mode? Did anyone ask you about the sleek scripts you’re running in the command line? Let us know in the comments!