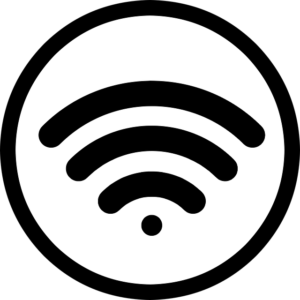 If you’ve ever used the Wireshark to intercept and analyze traffic in a wireless network, you’ve probably noticed that you need to put your wireless network interface in monitor mode. But, what exactly is it?

First off, there is a basic concept we must understand:

Your wireless network interface is, in its most basic form, a radio. As such, it is capable of receiving and sending radio frequency signals various frequencies. However, due to RF spectrum regulations and standards, wireless network adapters (NICs) will most likely transmit at either the 2.4 GHz band, or the 5 GHz band.

Depending on how the network is set up – also known as its topology, – it can operate in various modes, each of which is described here. As you can probably tell, we’re mostly interested with Monitor mode, which is why it is hightlighted.

When your wireless network interface is in Monitor Mode, it will pass all incoming packets to the CPU. After which, you would be able to run various traffic analyzers.

Does that mean that you need to set your card to Monitor mode anytime you want to analyze the traffic for that interface? No. It depends, however, on the specific type of traffic that you want to inspect.

Let’s go back to the Wireshark example. If you’re analyzing traffic sent from the machine running Wireshark, Managed mode is fine.

However, if you’re trying to capture network traffic that’s not being sent to or from the machine running Wireshark, you will probably have to capture in Monitor mode. For example, if you’re interested in analyzing traffic between two or more other machines on an Ethernet segment, 802.11 management, control packets, or physical layer information about packets.

A Common Use Case

Let’s say that, as part of a network penetration test, you need to crack the password for a Wireless Network. You’ll most likely need to use the utilities provided by the aircrack-ng packet for the task.

More specifically, for cracking a WPA-protected network, you will need to use either the iwconfig or the airmon-ng commands to enable Monitor Mode on your Wireless interface. You can find more info about that by clicking here.

The name Monitor Mode pretty much explains it, but as you can see, there are several nuances to what it exactly means and how it works. Hopefully this article helped you understand it a bit better.