In today’s post we’ll learn how to associate a behavioral persona to an email account with the help of an OSINT technique.

For those of you who are not very familiar with the concepts involved, OSINT stands for “Open-Source INTelligence” and basically refers to collecting publicly available information on the Internet for further analysis. On the other hand, a behavioral persona represents what a user does rather than what he or she is, for example: “Bob is a married lawyer who uses Dropbox, LinkedIn and Facebook, and he has a Gmail account.” 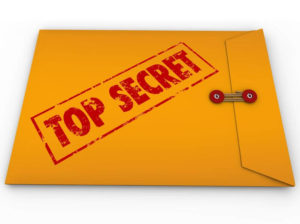 Nowadays, it is not very uncommon that web apps will leak the fact that their users’ usernames or email accounts exist in their database. Let’s say for example they are okay assuming there’s no risk that anybody will know that bob@genericdomain.com is a user of a certain extramarital dating site.

Think a bit about it. A malicious attacker can easily guess if a given email account is registered into such vulnerable applications by just interacting with the authentication mechanism.

They will just try to log in with a wrong email or password and see how it responds.

These illustrative examples literally tell us if this or that user is registered into the system. However, not every potentially vulnerable application responds that way; some times, they leak the information by sending the browser an HTTP status code other than 200, or by redirecting to another page from which the leaking information can be extracted.

Why Would Apps Do That?

A usability design decision is often the reason why, and probably to a certain extent, big players like Microsoft or Google had an impact on how developers and designers are writing apps today.

If they did it why can’t we did it?

But be aware of hackers. Even though the messages above are user-friendly, and certainly help understand users what exactly is going on, it may not be the right thing to do in terms of web security, especially if the site is particularly targeted to an audience.

Companies should protect the data of apps addressed to people of a particular religion, race, health condition, sexual orientation or political ideology. The same thing goes for dating sites, gambling sites, and any other type of app that could reveal private behavioral patterns of its users.

More specifically, here are some threats about leaking emails:

What Is the Solution?

From a developer’s perspective the answer is not to provide any specific clues about what is running under the hood, as it is shown below.

Twitter is an example where usability is sacrificed for the sake of security:

The solution is really simple actually: Users just shouldn’t be able to log in the app when providing a wrong email/password pair. Error messages must be displayed in such a way that nobody can know what’s wrong with what went wrong.

From small to medium-sized custom apps written in PHP, JavaScript or Python, to widely used websites all over the world, including open source ERPs and CRMs. There’s a plethora of websites of all sizes and shapes leaking emails from their databases. 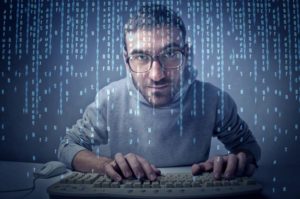 Remember, hackers with enough time and motivation can do some manual pen testing and write their own tools with the clear purpose of identifying emails with behavioral personas.

Regarding automated penetration testing tools, DataSploit is a Python OSINT framework that performs automated OSINT on domains, emails, usernames and phones. You can use DataSploit as something to pull from in Python apps or as a standalone tool in the command line.

Here is how to install DataSploit:

If the installation goes okay you will get this output on your console:

This is how to do basic email OSINT in the command line out of the box:

Fair enough! With a very basic query we could learn that bob@genericdomain.org uses Adobe, Dropbox, LinkedIn and MySpace.

Note that DataSploit heavily relies on third-party services and APIs for reporting. The information above is retrieved through a public service named haveibeenpwned.com (HIBP) which checks if a particular email account is been compromised in a data breach.

As you can see, this is the HIBP section in DataSploit’s report:

For a more detailed analysis in the other sections it is necessary to get an API key with the corresponding service provider supported by DataSploit:

Then, the environment has to be set up accordingly in the config.py file.

For further information on how to use DataSploit, don’t hesitate to read the documentation.

Today we brought some awareness on information leaking and OSINT since there are still plenty of applications out there informing about which email account exists in their databases.

Some of them are about dating or gambling, just to give some examples, or are exposed to audiences of a particular religion, sexual orientation or political ideology. Hackers with time and motivation can take advantage of the vulnerability with manual pen testing to an extent that it is even possible to detect behavioral personas.

Also, DataSploit is an OSINT framework that allows to automate the process of email research with emailOsint.py. More specifically, we showed how easy it is to figure out a bunch of widely-known sites being used by a target email address.