Blockchain is a rapidly spreading technology which enables you to store records and information in a secure and decentralized manner. Blockchain makes it almost impossible for everyone to modify, corrupt or delete information. It is based on peer to peer network allowing everyone to contribute and share information on a distributed network secured with public key cryptography and shared ledgers. According to some Technology Futurists, Blockchain is going to be the backbone of the new internet in next coming years.

From varying perspectives, Blockchain has a lot of advantages and disadvantages

From Economy to Healthcare, Blockchain can be applied on diverse range of areas in business and technology. Existing economy and banking solutions are time-consuming and costly while cryptocurrencies are the best efficient, anonymous and cost-free alternative. Blockchain can also be applied to variety of other areas like Healthcare, Record management, Land registries, Payment processing, IoTs (Internet of Things), Voting systems etc.

Deploying your own Private Ethereum Blockchain

Blockchain is a complex topic and is difficult to learn from theory, so why not deploy our own Private Blockchain based on Ethereum for our Proof of concept. You can configure your own Private Blockchain on local network of PCs or Cloud (Amazon, Azure etc) but here we are going to use an Ubuntu machine for this purpose. If you wanna use Cloud, you need to just run an Amazon or Azure instance.

Copy these addresses for later configurations. Now we’ll create and configure a Genesis Block using a CLI tool puppeth. Genesis Block is the first block in the blockchain and its configuration file is generated in JSON format which defines characteristics for the rest of Blockchain. In Genesis configurations, we can set our mining rules, consensus and ChainIDs. 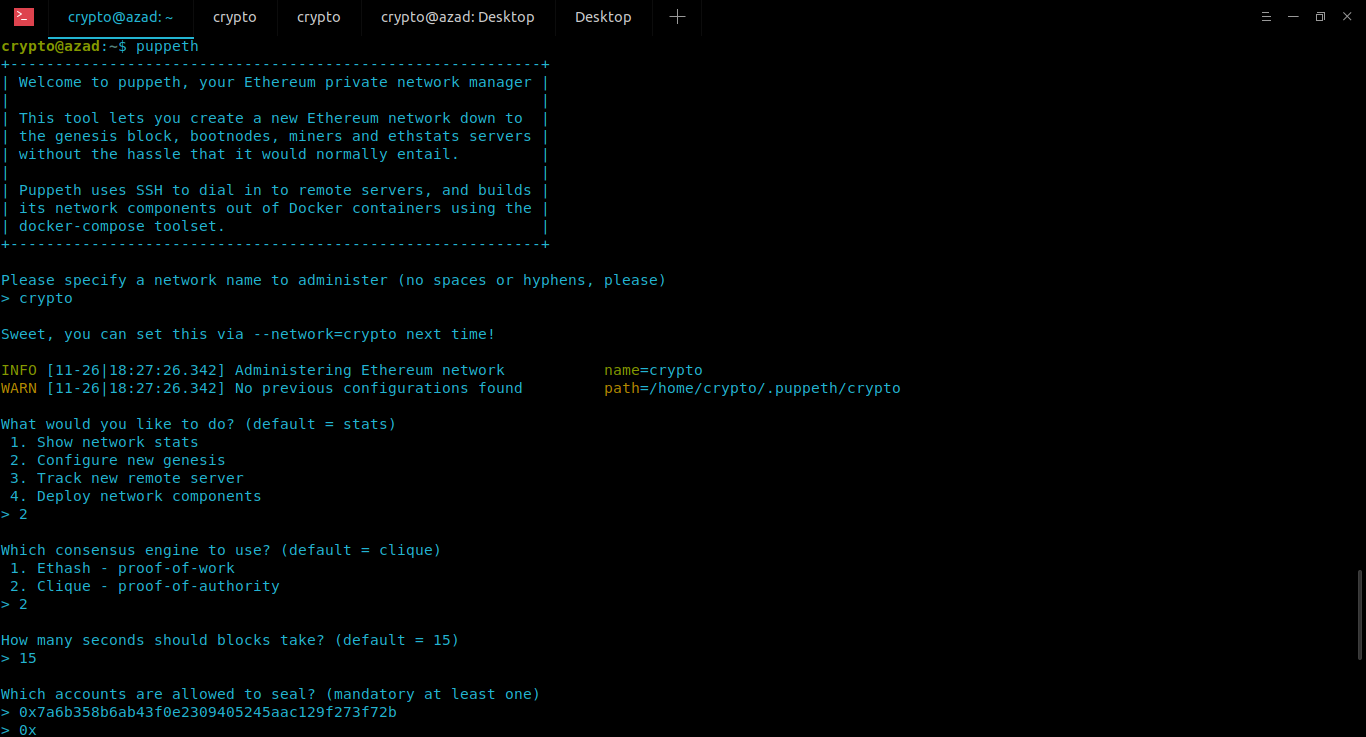 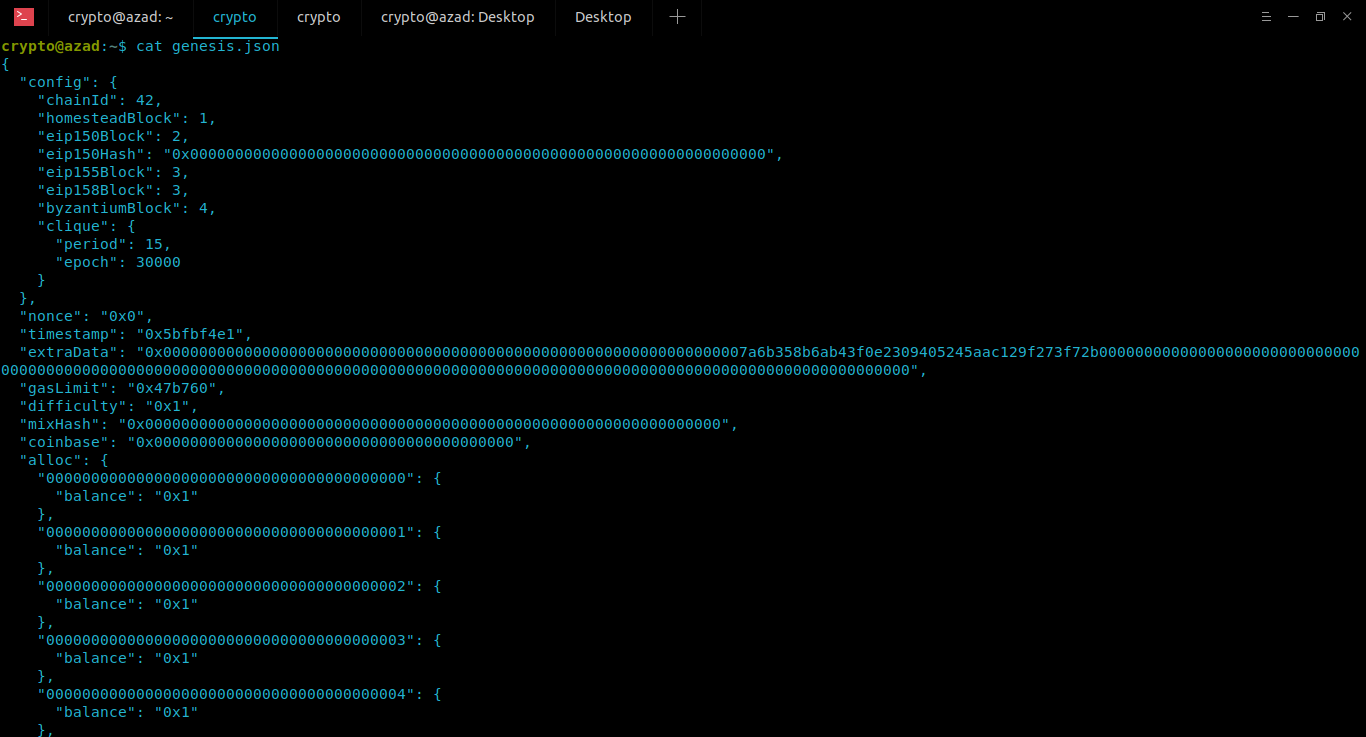 ChainID is an integer value that was introduced almost a year ago to prevent replay attacks on Blockchain.

Difficulty value is the difficulty required to mine a hash. For Public Blockchains, it should be high but for Private purposes we can set it to low for faster mining and transactions.

Timestamp is set by miners, however there are certain rules to protect this so that miner can’t manipulate it.

GasLimit is the highest amount of Gas that you’re willing to pay for your transactions whether they are successful or not.

Alloc is used to pre-fund some accounts in ETH.

Now we can initialize our Blockchain service. Run 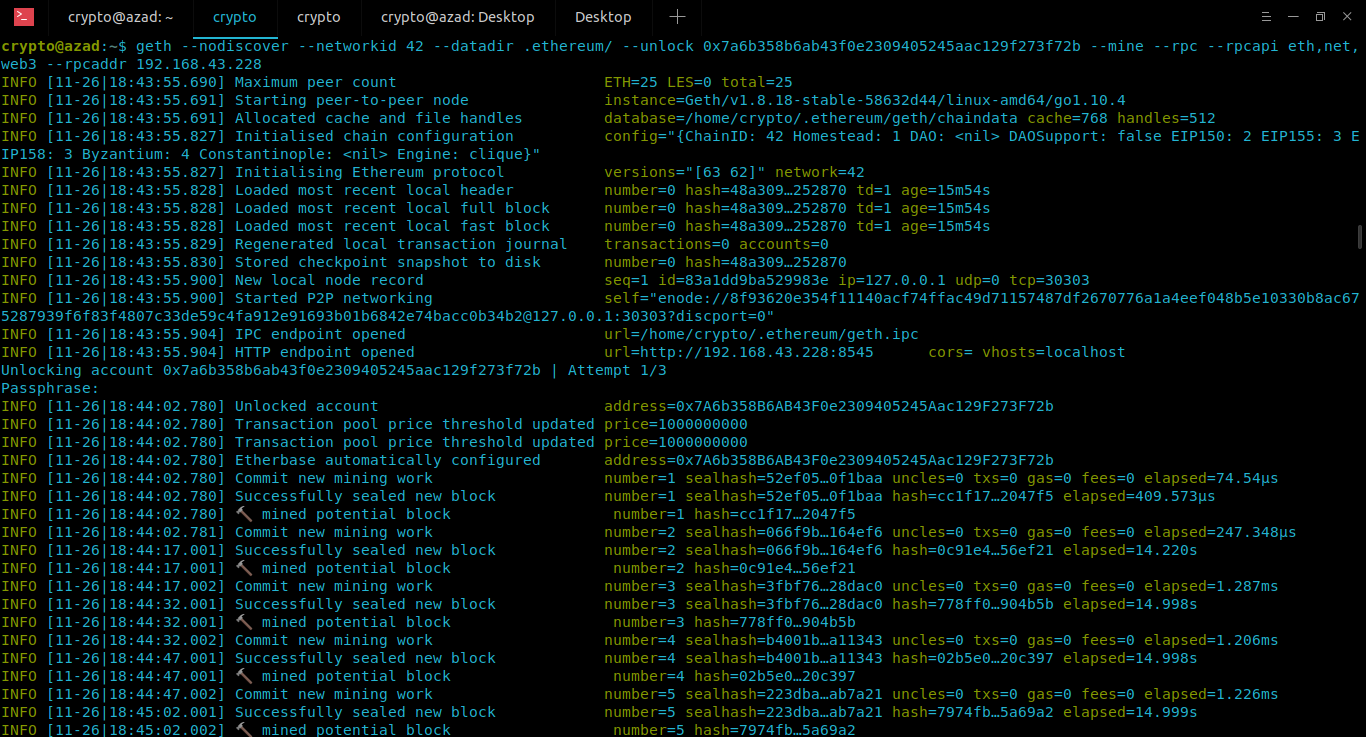 To start miner with n threads:

To get Block Info:

Now that you have an idea how Blockchain works and how you can setup your own. You can join other PCs or Virtual machines together as nodes to make a Blockchain network. You can integrate mobile or web applications with Blockchain and generate your own crypto tokens and cryptocurrencies but this would be the first step towards building your own Blockchain Network.