Learning cyber security skills can be tough and learning how to become an ethical hacker is even tougher!  It takes real determination and patience most of all to learn these skills is why most try and then move on to something else.  However, those who make it love it!

Have you ever heard of a cyberattack and wondered how hackers infiltrated a seemingly secure system/website? Have you ever been intrigued by the concept of denial of service attacks, or SQL injections? Well, if you have, then you are not alone. A lot of people are fascinated by the mysterious realm of hacking; however, not many really know what goes on within it. Hacking is not always about breaching a company’s security and stealing their customer data; or about gaining access to multimedia hosted in a cloud and leaking it online. Even though ‘hacking’ is mostly regarded to have a dark and sinister connotation, there’s another, brighter side to it as well; one that tries to fight off the evil. This type of hacking is known as ethical, or ­white-hat hacking, and is a dream-come-true for people who are passionate about exploring hacking, but don’t have a trace of malice within them. Ethical hackers do exactly what their evil counterparts do, but with the opposite intentions. Their goal is to identify and remove vulnerabilities that potential black-hat hackers could exploit; rendering the defenses of an infrastructure capable of resisting even the most sophisticated cyberattacks.

The Need for Ethical Hackers:

Our civilization won’t have sustained for hundreds of thousands of years, if for every evil, calamitous force, an opposing, heroic one didn’t timely emerge. Ethical hackers are to black-hat hackers, what the Allied leaders were to the Axis dictators. With the increasing number of cyberattacks around the world, companies realized the need to build rigorously secure systems that hackers won’t be able to penetrate. What is the best way to go about doing that? Have someone who thinks like a potential attacker (and is as equipped as one) gauge your system for you, of course!

With the demand for ethical hackers reaching astronomical heights, more and more people are trying to become certified ethical hackers. The job pays well, is interesting, and most importantly, you get to be a hacker; what more could you possibly ask for? So, are you sold? Do you also want to know how to become an ethical hacker? Yes? Great! In the following passages, we will talk about some of the steps you could take to start a career in ethical hacking: 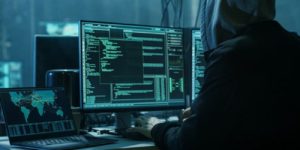 To start off as a hacker, you need to learn to program. You can either do that by getting a degree in computer science, or by taking a few online courses. You can also kickstart your career in IT by getting a certification, like the CompTIA A+ certification. Once you know the basics of computer programming, you can start dabbling around in any programming language of your choice (e.g. C++, Java, Python, PHP etc.)

You also need to study website development extensively. A lot of ethical hacking involves website penetration testing, and you can only have a chance at breaking into a website if you know how they are developed. Familiarize yourself with markup, scripting, and backend programming languages like HTML, JavaScript, PHP, Python, Java, C++, Ruby, and C# etc.

Learn How to Administer, Manage, and Secure a Network

To be a good ethical hacker, you need to be ridiculously good at networking. You would have learnt a thing or two about networks while programming, but now you need to start obsessing about them. You can get the CCENT and Network+ certifications which will equip you with both, the fundamentals, and the advanced concepts relevant to network planning, management, administration, and security. At this stage, you need to understand the different ways data is transferred within a network. You should be able to know the different transport layer protocols, and how encryption can help secure data in transit. You should also have an in-depth knowledge of how data gets exchanged between the different layers (network, transport, application) of the OSI model.

You should be able to land a job as a network/support engineer now. Your tasks will include installing firewalls, implementing NAT, defining access control lists, installing anti-virus software, managing updates, and performing periodic network monitoring etc.

Now that you know how a network and its components are made, and how they communicate with each other, you are ready to get your hands dirty. Here are a few fundamental concepts you should know:

Nowadays, most of the hacking is done via tools. You should gain hands-on experience with Wireshark, Kali Linux, John the Ripper, THC Hydra, and other famous tools.

The last logical step in becoming an ethical hacker is becoming certified. There are plenty of certifications that you can get, but none beats the Certified Ethical Hacker (CEH) program in credibility and prevalence. You need to have a few years of demonstrable information security experience to be eligible for this certification. Once you are certified, you will know everything there’s to know about becoming an ethical hacker.