Lynis is an open source tool designed for security auditing, penetration testing, system hardening, and compliance checking. The tool performs in-depth analysis of the target hosts and warns users/system owners about security flaws and misconfigurations. Based on the discovered security and technical flaws, Lynis also gives suggestions to the users/system owners to improve the security and performance of the hosts/systems.

Lynis is supported by the following UNIX based OS.

Other systems that support Lynis include:

Lynis does not require on any external package. It can be cloned from Github using the following command.

Lynis can be run directly from the source code using the following commands.

The following screenshot shows all the available audit options.

Audit options and the available scan parameters can be explored by typing the following help command.

A log file (lynis.log) is also generated that records all the technical details of the scanning process. Another file (lynis.dat) contains all the suggestions and warnings observed by the tool. The information about these files is shared during the program initialization. The scan results (findings/suggestions/warnings) also appear on the screen during the auditing process.

Here –Q is optional that is used to enable the quick auditing mode. The command initializes the auditing process by detecting the OS and checking the necessary audit files (log file/report file) and directories as shown in the following screenshot. 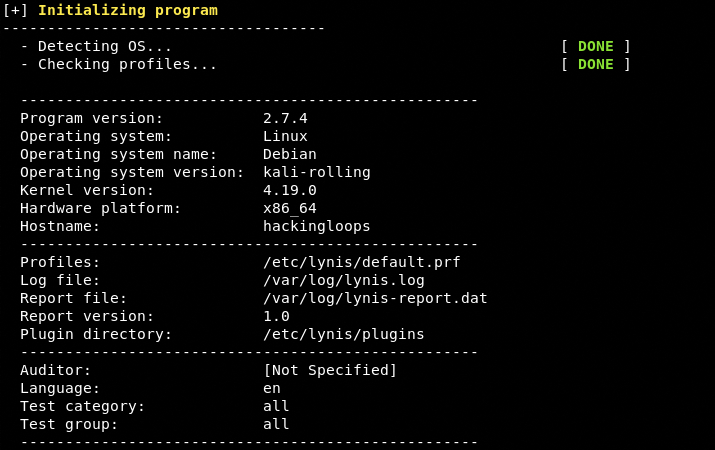 As mentioned earlier, Lynis performs the auditing based on the available components (file system/tools/libraries etc). Following are some of the screenshots taken during the example auditing process. 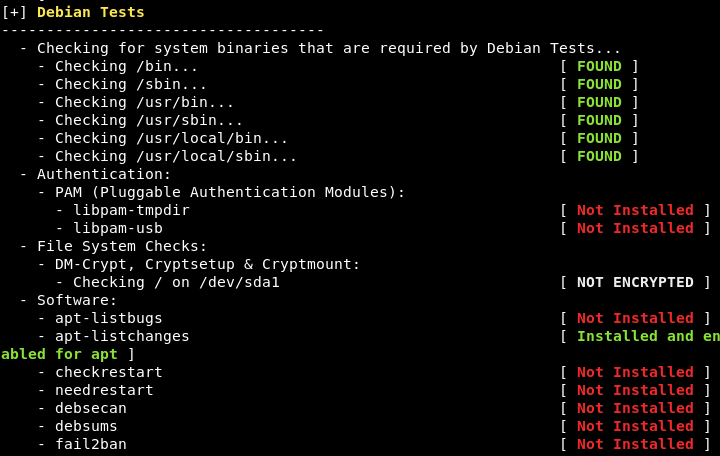 Lynis performs a number of Kernel related tests, such as Kernel version, level, modules, and configurations.

This is probably one of the most awaited tests performed by Lynis. The tool looks for the users’ accounts, groups, authentication, and accounts security related data. The data gathered during this test is equally important for system administrators, penetration testers, and security auditors. 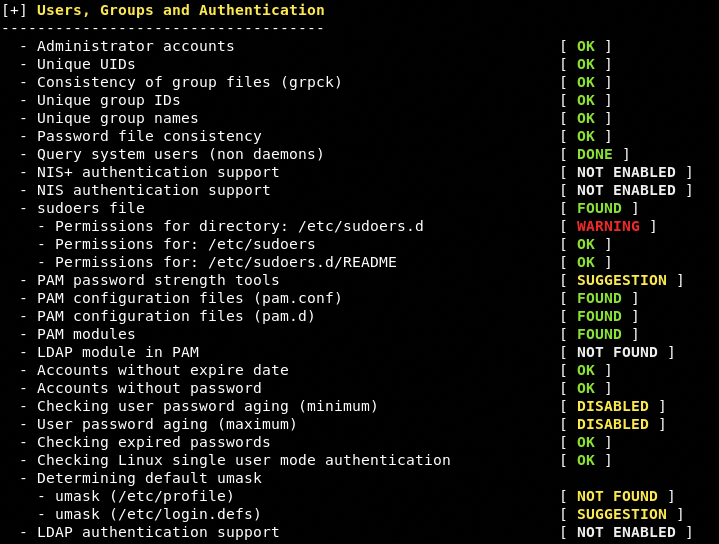 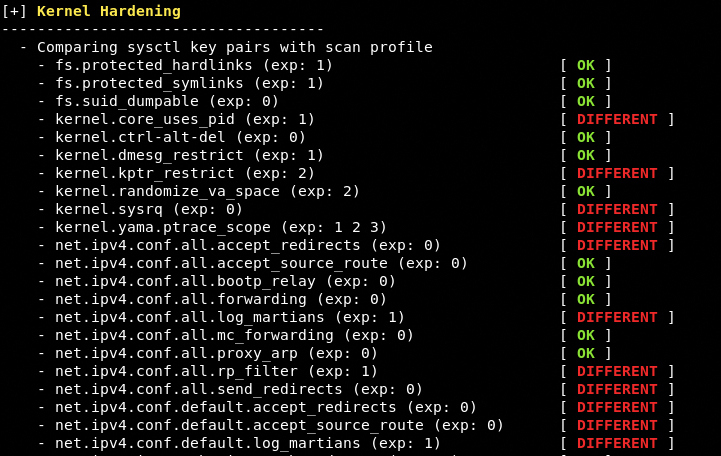 After completing the scanning process, Lynis presents the auditing summary in the following format 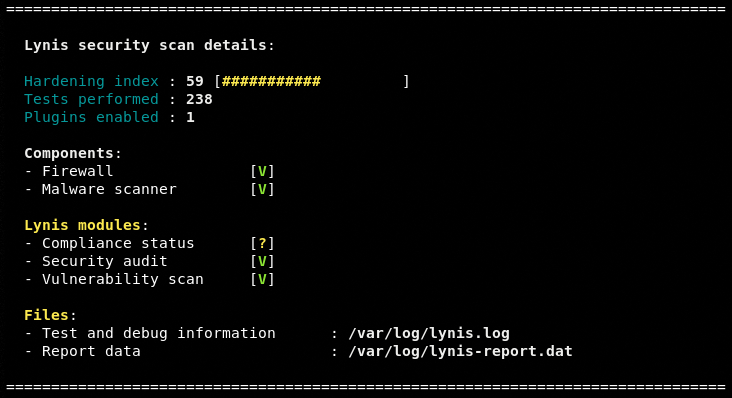 Warnings and suggestions are also mentioned at the end of scanning process. 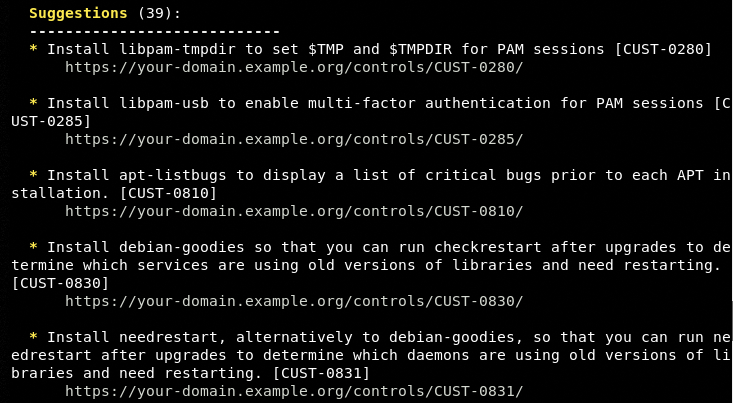 Lynis can be used by different individuals like systems administrators, developers, IT auditors, and penetration testers for security auditing, penetration testing, vulnerabilities detection, system hardening, and compliance check. The tool performs most of the tasks automatically.