This is a tutorial for penetration testing the Windows 7 machine for the remote desktop connection vulnerability using everyone’s favorite exploitation, Framework. Earlier there were exploits for the unpatched XP Machines, but those don’t exist in modern Operating Systems such as Windows 7.

Generally, we have seen client side exploits and payloads all the time for Windows 7. Social Engineering Toolkit is great for these attacks; however, Windows 7 still has a vulnerability living in it, in the RDP (Remote Desktop Protocol) Port 3389 which is accessible over the LAN and the internet. Over the internet, this gets a little complicated due to the need for port forwarding, but over the LAN this attack is as easy as pie.

All you need to perform this penetration testing tutorial is a Kali machine and a Victim Windows 7 Machine.

Let’s begin the tutorial with a scenario where the victim’s Windows 7 machine is over LAN. All we need to get started is the IP address of the Windows 7 machines, which you can easily get either by NMAP or IPCONFIG command.

Next we need to select the exploit that we are planing to use i.e ms12_020_maxchannelids

And you are finished!

List of Penetration testing Applications for the Android OS

Port Scanner: This Application allows the penetration tester to scan ports on a remote host via its IP or domain name (in case of a website) so you can know which ports are open on the host. The Application supports 3G network , protocol recognition among other features .

Fing: Fing is a professional App for network analysis. A simple and intuitive interface helps you evaluate security levels, detect intruders and resolve network issues. It helps you to find out which devices are connected to your Wi-Fi network, in just a few seconds.

tPacketCapture: tPacketCapture does packet capturing without using any root permissions. tPacketCapture uses VpnService provided by Android OS. Captured data are saved as a PCAP file format in the external storage.

Droidsheep: Droidsheep Android application is written by Andrew Koch. It works as a session hijacker for non-encrypted sites and allows you to save cookies files/sessions for later analysis. It is no longer available from the developer’s site i.e. droidsheep.de , however you can still find it on freeweb hosting sites uploaded in the groups . Download and Install at your own risk .

FaceNiff: FaceNiff is an app that allows you to sniff and intercept web session profiles over the WiFi that your mobile is connected to. It is possible to hijack sessions only when WiFi is not using EAP, but it should work over any private network.

These applications gives the Penetration Tester the liberty to do major network security analysis with just the Android phone .

Nessus: Nessus the most popular penetration testing tool that is used to perform vulnerability scans with its client/server architecture. Nessus Android app can perform following tasks.

Shark for Root: Traffic sniffer, works on 3G and WiFi (works on FroYo tethered mode too). To open dump, use WireShark or similar software, to preview dump on phone, use Shark Reader.

PacketShark: This is a packet sniffer application. Features include friendly capture options interface, filter support, live capture view, and Dropbox upload of captured files. It allows viewing of the captured packets — no need to install other application as a viewer.

DroidSQLi: DroidSQLi is the first automated MySQL Injection tool for Android. It allows you to test your MySQL-based web application against SQL injection attacks.

It automatically selects the best technique to use and employs some simple filter evasion methods.

Sqlmapchik: sqlmapchik is a cross-platform sqlmap GUI for the popular sqlmap tool. It is primarily aimed to be used on mobile devices. The easiest way to install sqlmapchik on an Android device is to download it from Google Play.

dSploit: dSploit is an Android network analysis and penetration suite which aims to offer to IT security experts/geeks the most complete and advanced professional toolkit to perform network security assessments on a mobile device. Once dSploit is started, you will be able to easily map your network, fingerprint alive host’s operating systems and running services, search for known vulnerabilities, crack logon procedures of many tcp protocols, perform man in the middle attacks such as password sniffing, real time traffic manipulation, etc.

These are the available modules in the app:

zANTI: zANTI is a comprehensive network diagnostics toolkit that enables complex audits and penetration tests at the push of a button. It provides cloud-based reporting that walks you through simple guidelines to ensure network safety.

zANTI offers a comprehensive range of fully customizable scans to reveal everything from authentication, backdoor and brute-force attempts to database, DNS and protocol-specific attacks – including rogue access points.

Orbot: Orbot is a free proxy app that empowers other apps to use the Internet more securely. Orbot uses Tor to encrypt your Internet traffic and then hides it by bouncing through a series of computers around the world. Tor is an open network that helps you defend against a form of network surveillance that threatens personal freedom and privacy, confidential business activities and relationships, and state security known as traffic analysis.

Orweb: Orweb is the most privacy-enhancing web browser on Android for visiting any website, even if it’s normally censored, monitored, or on the hidden web. Orweb is the safest browser on Android. Orweb evades tracking and censorship by bouncing your encrypted traffic several times through computers around the world, instead of connecting you directly like VPNs and proxies. This process takes a little longer, but the strongest privacy and identity protection available is worth the wait.

Due to the rapid increase in the Android Operating System , these tools and applications come quiet in handy while penetration testing . Achieve anonimity and perform web application Assessments on a Palm size Androis Smart Phone, a dream come true for the penetration testers .

Discalimer  : Penetration testing without authorisation is punshable offence in Law . This artical is meant for the educational purposes only .

Network mapper, also known as nmap, is an open-source network reconnaissance, port scanning, and security auditing tool. It is one of the most basic and widely used cybersecurity tools that has evolved from a simple port scanner to a multifunctional toolset. It is an ideal tool for security practitioners, network, IT, and system administrators to customize the open source code for specialized environments. Hence, it’s a Swiss Army knife for cybersecurity and IT professionals.

The article is a basic-intermediate level guide on analyzing networks using the Nmap utility. You will understand Nmap functionality to scan entire networks and check for available services and unpatched vulnerabilities to help you advance in the cyber kill chain process.

Nmap offers multiple scanning techniques such that each method significantly contributes to the results after a port scan. However, it only allows one scan type at a time with a format of -s<scan_type>. Some of the most common nmap scan types are:

Anything that isn’t an option or a flag in nmap is dealt with as a target host. It allows us to specify a range of hosts in a single command. The most simple among them is the specification of a single hostname or the target host address.

On providing the hostname as a target, nmap uses DNS resolution to resolve the hostname to an IP address and perform the target discovery process to confirm its availability. The hostname may resolve to more than one IP address, in which case, by default, it considers the first one. You can use the –all-resolve option for nmap to scan all addresses.

Nmap allows you to specify targets in three various ways:

Hence, nmap will scan all the IP addresses from X.X.X.0 to X.X.X.255. Nmap also allows you to exclude an IP address with the help of the –exclude option as follows:

However, it’s not flexible in a scenario when you want to exclude IPs including .0 and .255 for subnetworks and broadcast addresses, as in the case of X.X.0.0/16. Nmap resolves this issue by introducing octet-based addressing.

Even though Nmap provides multiple ways to specify target host addresses, it’s infeasible to write down all of them in a single command. Specifically, in a scenario when a DHCP leases around 100 IPs that you wish to scan.

Use the -iL argument to pass Nmap the .txt file containing a list of hosts for scan, such that each entry can be in any of the formats (discussed above) supported by the utility.

Port scanning is the heart of nmap as it helps to identify ports state and running services. Port scanning in nmap works by specifying targets to find information, but it isn’t necessary as mostly we don’t have a complete picture of the network. Nmap recognizes ports state based on six types:

Nmap provides a list of essential options to perform a port scan. To begin with, the bare minimum, specify the target IP address, hostname, or network range as follows:

The above command performs a default scan that will probe 1000 TCP ports and provide all the host-related information, their states, and the services running. However, it takes a lot of time and may invoke firewall or intrusion detection systems. To avoid firewall or IDS detection, you can use the following nmap options:

To scan a single port:

To scan a single port:

To perform a fast scan on the 100 most common ports:

To scan port based on service:

To find more about all available port scanning options via the nmap -h command.

Nmap offers various options to grab information about the operating system and the running services to determine open ports.

To detect the operating system alone:

To detect the service and host machine:

Nmap allows you to find more details about the services running on the target machine ports. Add the -sV option to the nmap scan for a standard service version discovery:

It also enables us to set the intensity of the scan with the help of a –version-intensity option for an aggressive and light service detection scan. High version intensity for service scanning provides more accurate results however, it takes more time, creates noise, and has high chances of detection.

While the banner grabbing lightweight detection has more advantages in terms of staying undetected during services enumeration.

Nmap offers various file formats to save its output. By default, nmap stores the scan output in .txt format with a simple redirect >.

Whereas the nmap -oN option stores the scan results and displays the output at the same time.

For XML and grep formats use -oX and-oG options as follows:

To save the results in all formats:

NSE is a powerful nmap functionality that expands its features considerably. The NSE scripts are written in Lua language and help perform various tasks such as scanning for vulnerabilities (vuln), brute forcing credentials (brute), and bypassing authentication (auth) of running services. Use the –script option to activate the script as follows:

To find more about the available database of NSE scripts, cd into the /usr/share/nmap/scripts/ directory:

Or grep all the available scripts for a particle protocol as follows:

Nmap is a command-line utility with versions for both Windows and Linux. It’s a versatile tool for network administrators and security practitioners to resolve issues and find flaws. The article is a beginner’s guide for getting started with the Nmap tool, analyzing network services and their vulnerabilities. 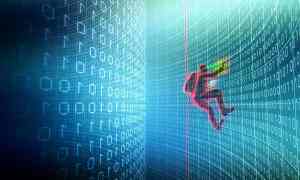 I found difference list between Penetration testing and vulnerability scan by Berkeley Security quite interesting, so sharing that with all of you.