Reconnaissance is key to any successful hack. On average, approximately three-fourths of any hack should be spent performing accurate and precise recon. Reconnaissance is the act of gaining information about our target. Such as open ports, operating system, what services those ports are running, and any vulnerable applications they have installed. All of this information will be absolutely vital to choosing an attack. How are we supposed to hack if we don’t know what we’re getting into? 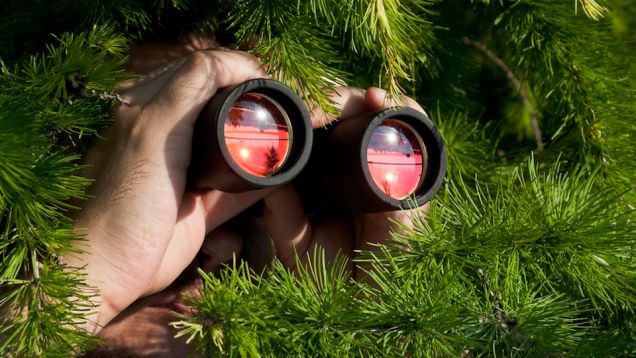 Now that we’ve covered the two base types of recon, let’s go over some of the recon terms that we’ll hear commonly:

Now that we know about these terms and methods. Allow me to introduce you to one of the most used and best active recon tools, nmap. Nmap stands for network mapper. Nmap is an active reconnaissance tool, so it will make some noise. We’ll be using nmap to quickly demonstrate the above concepts. We’ll be performing our recon via Kali Linux, which already has nmap installed. The target we’ll be performing reconnaissance on is Metasploitable, running inside VirtualBox. For instructions on how to install Metasploitable and VirtualBox, please see this article.

First, we’ll scan through our targets to discover the Metaploitable IP. We can do this through a ping scan. A ping scan simply pings every IP in a range of IPs and reports any hosts that respond. We can enable this feature in nmap by giving the -sn flag before the target address. Let’s perform our ping scan now: 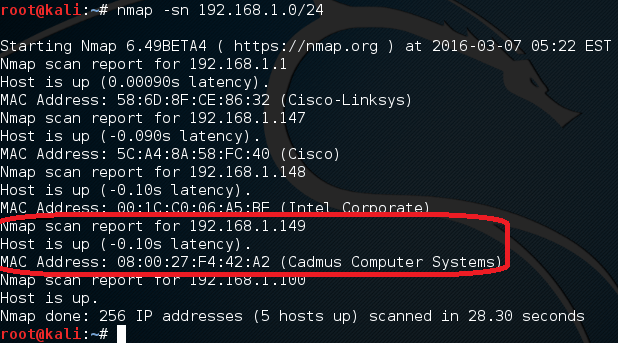 Now that we have our target IP address, we can scan it for open ports. This will attempt a connection to each port in the range, it will then report back to us which ports are open based on a successful connection. We’ll be scanning the range of ports 1 -100. If we want to specify the range, we need to use the -p flag after we give the target address. Let’s perform our scan now:

Here we can see that there are quite a few open ports, especially since we only scanned 1-100! Each one of these ports represents a possible attack method for hacking this target.

Now that we’ve identified some open ports, let’s try and figure out what OS the victim is running. We can enable this feature in nmap by giving the -O flag before the target address. This will produce quite a bit of output, so let’s take a look at the command first:

Remember to keep in mind that these are basic scans, we’re making quite a bit of noise against the target here. Now let’s run this command and find our victims OS:

After sifting through the output for a while, we’ve come across what we’re after. Nmap tells us that our victim is running Linux. This result is correct, Metasploitable is built on Linux! There are many tools for OS fingerprinting other than nmap, but this demonstrates that nmap is truly versatile. We’ve covered quite a bit here today, but these are just the tip of the basics when it comes recon, there is still much more to cover. After this article you should have a fundamental idea of discovery, port scanning, and OS fingerprinting. Remember, proper recon is a must for any potential hack.

In the future, we’ll be building our own versions of these tools. I’m a firm believer that the best way to learn how something works is to rip it apart and build it yourself. We’ll be writing our tools in Python and Ruby. But don’t worry if you don’t know either of these languages, we’ll cover the basics we need to know before we build anything. Next time, we’ll take a closer look at port scanning, and some different scan types, see you there!