Kali Linux VPN options at first can seem a bit confusing but actually there are definitive steps that you can take to get VPN configured with ease on Kali Linux.

First let us discuss what VPN actually is.  It is a virtual private network that is used to provide privacy and anonymity to the users who communicate over a public internet connection. A VPN creates a tunnel (an encrypted channel) for the intended internet traffic and communication to avoid the data breach or interception by the hackers.

A VPN technology can be divided into the following two broader categories.

The remote access VPN requires client software on the host machine to access the services and resources on a private network. This type of VPN is used by home users and businesses. In site-to-site VPN, gateway routers are configured to establish a secure VPN connection. The site-to-site VPN technology is mostly used by companies with branches at different locations.  There are different VPN protocols available to aid the VPN software. VPN may support single or multiple protocols depending on the VPN technology. The important VPN protocols are listed below.

How to Configure your Kali Linux VPN?

In this article, we shall cover both premium and free VPN service configurations on Kali Linux operating system.

The VyprVPN is a premium VPN service provided by Golden Frog, GmbH. The setup requires a user account on the vyprvpn.com network. Other necessary packages and protocols required for VyprVPN configuration can be installed using the following command. 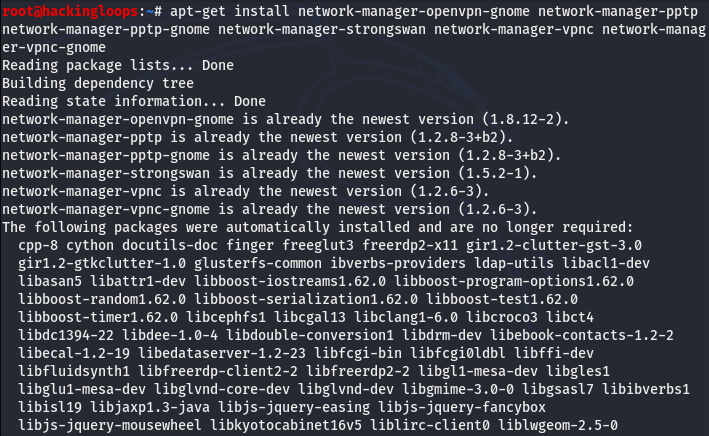 After installing the packages, download the VyprVPN certificate from the Goldenfrog.com repository as shown below.

Navigate to the /etc/openvpn/ directory to verify the downloading of VyprVPN certificate.

The next step is to open the network settings and configure the VPN.

Click on the VPN configuration option to add the VyprVPN details. A window pops up showing different VPN protocols. Select the OpenVPN from the list.

After defining the protocol, the following VPN configuration window appears on the screen. 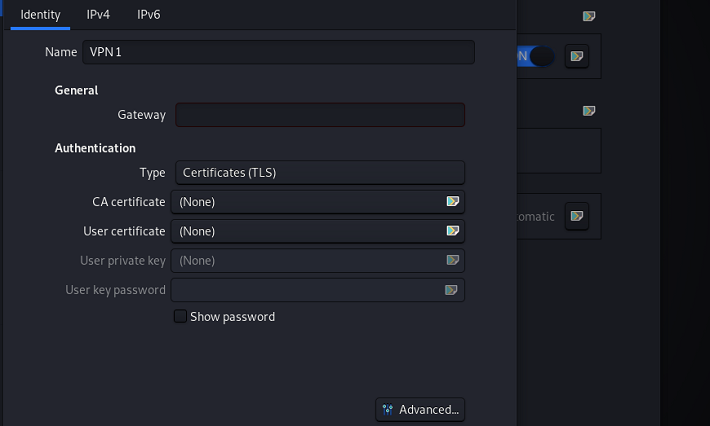 The settings require a VPN name, desired gateway, and authentication type to connect the VPN service. There are a number of gateway servers available on VyprVPN.com official link. The following screenshot shows some example server names to use in the gateway field option. 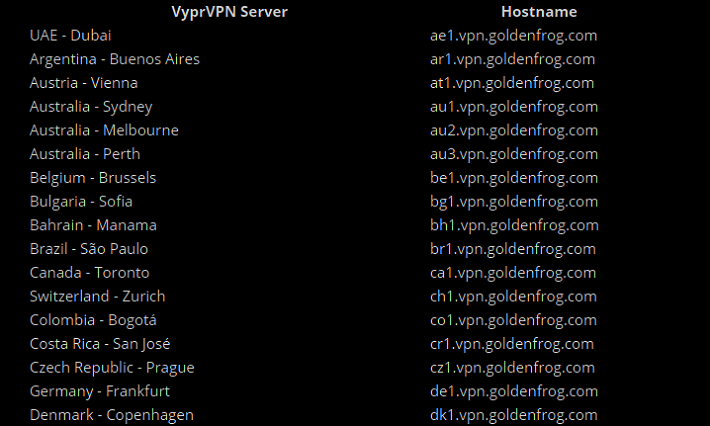 The final step is to insert the VyprVPN downloaded-certificate from the /etc/openvpn/ directory to the certificate upload field.

The following screenshot shows the example configuration data to set-up the VyprVPN on Kali Linux.

If we refresh the network tab, we see the VyprVPN option to switch on the VPN service on Kali Linux.

Note: The VyprVPN may require password authentication to enable the service. The authentication fails if the user account does not exist in the vyprvpn.com database.

The Windscribe VPN setup also requires a valid username and password that can be obtained by registering on the following link.

Install the dirmngr and apt-transport-https, a prerequisite for Windscribe functioning. 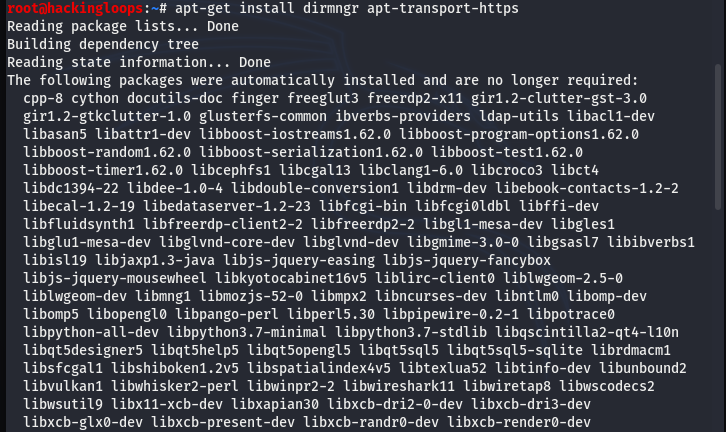 Windscribe has a signing key that needs to be added to the apt root using the following command.

Add the Windscribe repository to the Kali Linux sources list located at ~/etc/apt/sources.list/. 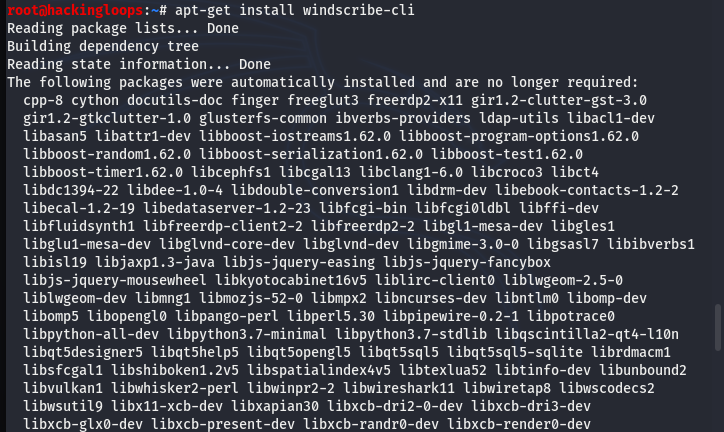 The help command shows all the available arguments that can be used to connect, explore and modify the Windscribe VPN settings. 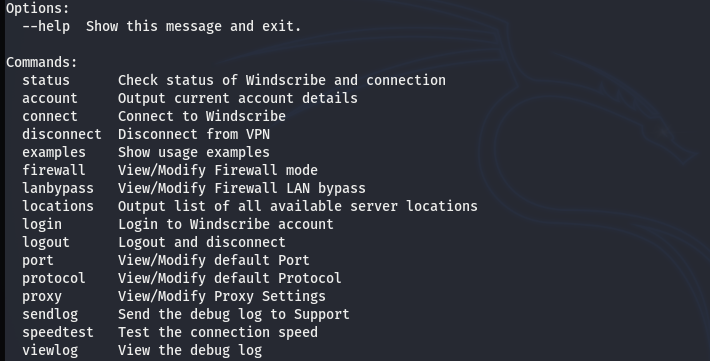 The locations argument shows all the available gateways to establish the VPN service with a specific server location. 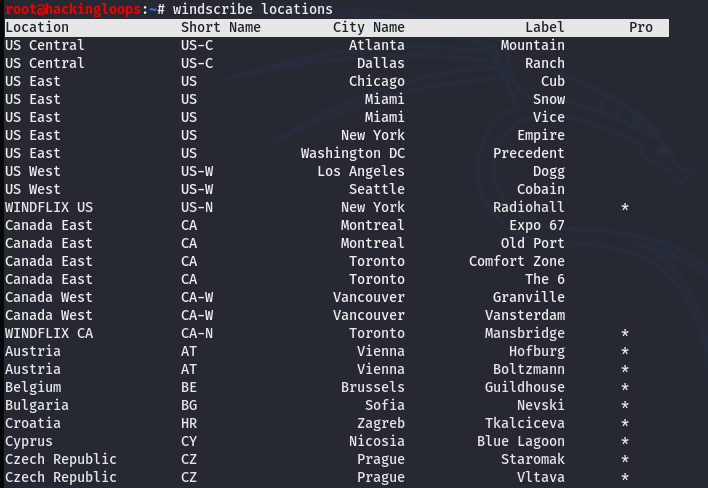 For example, we can connect to a US-based server using the following command.

Whether you are a Windows or Linux user, you may come across instances where you need to secure your online communication through a VPN. Digital nomads, people working from home, and public wifi users are few examples of individuals who may require VPN services to perform internet activities. The remote access and site-to-site VPN technologies can provide users the desired anonymity and security through data tunneling and point-to-point encryption.  Either ways you choose you are sure to be able to configure your Kali Linux VPN with relative ease.

Previous Post
How to Analyze Mobile Application Vulnerabilities with MobSF?
Next Post
Metasploitable 2 – A Walkthrough of The Most Interesting Vulnerabilities