Penblood is a web information gathering and vulnerabilities assessment tool. It can help penetration testers in mapping the attack vectors. The tool is capable of collecting the following information automatically.

How to Install Penblood Tool?

Penblood is a Python tool supported by Linux and Windows operating systems. The source code of the tool is available at the following two different Github repositories.

The updated version of the tool can be downloaded using the following link.

The tool requires some additional modules like Python-Whois, DnsPython, and Shodan to perform the information gathering tasks. All such modules and packages are mentioned in the requirements.txt file that can be executed using the following command. 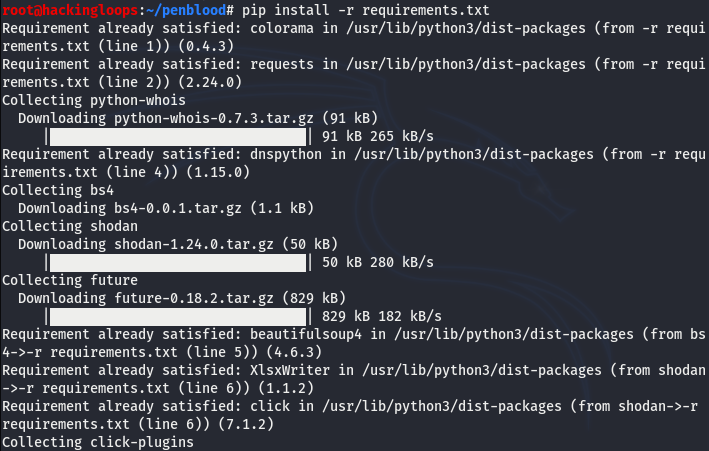 The following Python command opens the main menu of the tool. 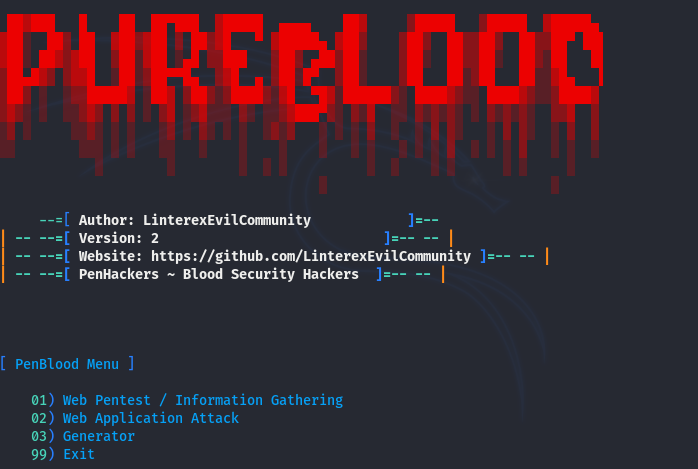 As we can see in the screenshot, there are three main sections on the home page of the tool. The first section represents the information gathering modules. The second part holds the web auditing features. The last section comprises miscellaneous utilities.

If we open the information-gathering section, we see the following list of modules that can be used to collect variable information. 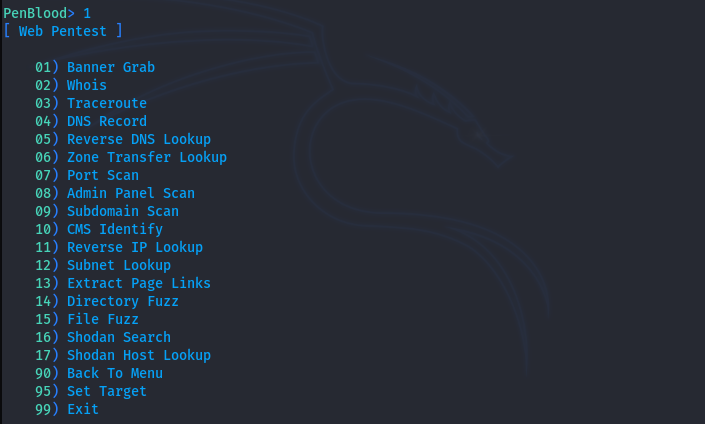 Each module can be set into action by selecting its sequence number. Before proceeding with any of these modules, set the target web application using the Select Target (#95) option from the list.

Once the target is selected, running the other modules is a fairly simple process. Each module automatically runs by simply typing its sequence number in the command prompt. For instance, we can perform the banner grabbing by typing ‘1’ in the terminal. The resultant banner record appears on the screen as shown in the following snapshot.

Similarly, we can check the reverse IP hosting record by providing the respective (reverse IP) sequence number in the list.

The port scanning feature requires an additional upper limit to scan the desired range of ports. Once the maximum limit is provided, the tool scans and presents all the available TCP ports in the following format.

The process of running the rest of the information gathering modules is similar to the aforementioned examples.

The Penblood tool consists of two main web attacks (or auditing) categories. The web attack menu can be seen in the following screenshot.

After setting the target host, execute the SQL injection utility from the list. If the target web domain is vulnerable to SQL injection, the tool displays the backend database and table information.

We can further explore the vulnerabilities in the database by executing the target link in the terminal with slight parameter modification (replacing php?id=3 with php?id=-3). The tool tries to find out the vulnerable columns in the target database. The data exposed during this process can be viewed in the following screenshot.

The backend table information is also exposed during the scanning. 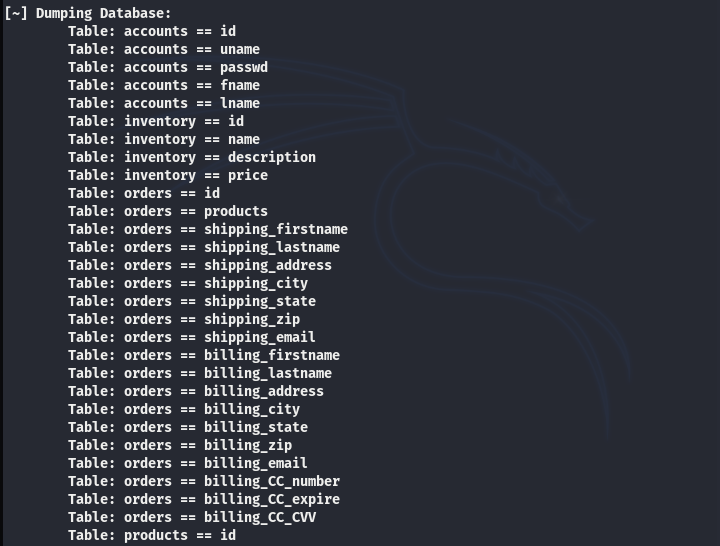 We can take this vulnerability assessment one step further by typing the table and column names. For instance, the example database shows an Accounts table with uname and passwd columns.  These columns possibly hold the secret credentials. We can dump the content of these columns using the following commands.

The screenshot shows that the respective columns contain usernames and passwords in hash format.  The password cracking tools like John the Ripper and Hashcat can be brought in to decrypt these ciphered credentials.

Previous Post
How to Use Eazy Modules for Web Information Gathering Tasks?
Next Post
How to Analyze Mobile Application Vulnerabilities with MobSF?