Pythem is a Python framework that works on Linux OS. The framework has the following dependencies that need to be installed before installing Pythem.

It is recommended to update the system before installing these packages.

In the next step, move to the pythem directory to run the setup file to complete the installation process.

The following command opens the Pythem interface in the terminal.

To showcase all the Pythem utilities, type the help command in the terminal

The help command shows all the Pythem utilities and their usage instructions, just like the following example screenshot. 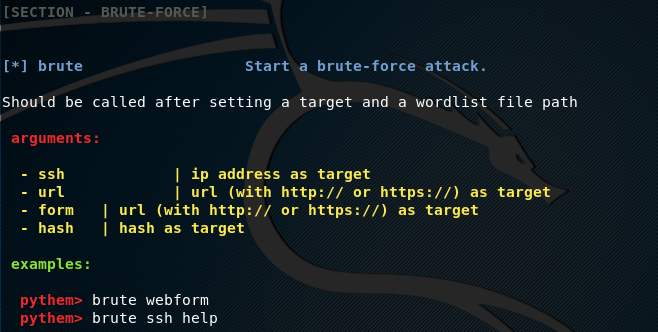 Let’s suppose we want to scan a target web application to find out potentially vulnerable links. This can be achieved by using the webcrawl option in Pythem. In order find out the syntax for webcrawl option, we can use the webcrawl help command in the following format.

In order to define the target web application, we use target parameter in the following format.

To initiate the search process, use the start argument as shown below.

The above command fetches all the links including the potentially vulnerable links as shown in the following screenshot. 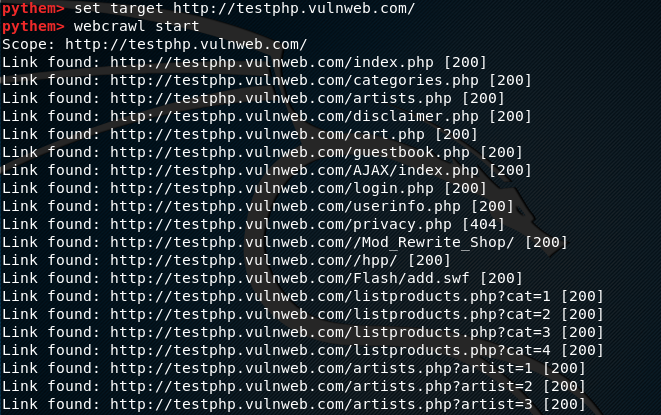 The potentially vulnerable links can further be analyzed with other tools to exploit the target applications.

Let’s suppose we want to scan a network to find out all the live hosts, ranging between 192.168.10.1-192.168.10.10 IP addresses. The scan process should also gather information about the open ports for each live host in the network. This task can be achieved by using the Pythem scan feature. To scan the example network, we need to define the target IP range in the following format.

We also need to define the interface (eth1 in our case) to view the scan details.

The above command starts TCP scanning to find out the hosts status in given IP range. The framework also finds out some useful information like open ports, OS, and server information. 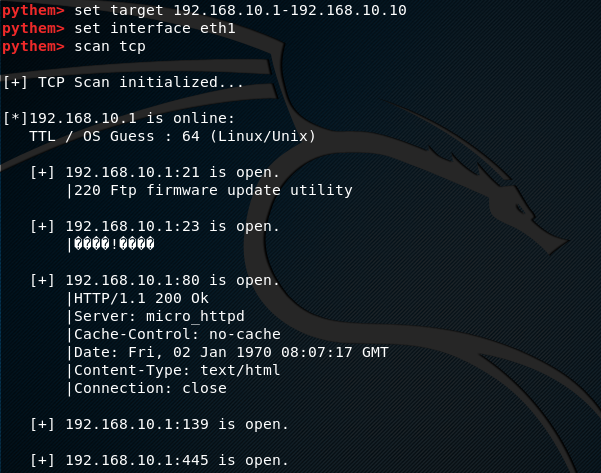