Penetration Testing has been an Important field in Information Security . Over time it has evolved and expanded from just standalone computers to networks and now to Web Applications .Web Applications are an important part of an organisations Infrastructure as well as seen as E-commerce websites by the commons . In this artical , we will be talking about a very important and widely used web application penetration testing tool , The BurpSuite .

In this post we will discuss the features of Burp and how they will be helpful during a web application penetration test .

1) Proxy –Proxy is the most useful feature of the Burpsuite and must be understood before proceeding to any other feature . Burp Suite comes with an inbuilt proxy, which is configured and run on port 8080 by default(however we can always change the port number as per the requirements of the penetration test). Using this proxy, we can intercept and modify the traffic as it flows from the client system to the web application. To use this proxy, all we need to do is to configure our browser for using this proxy. The proxy feature allows us to intercept and modify the HTTP requests and responses shared between the Burp Client and the Server. Not only you can change the port of the proxy , but also set up a new proxy altogether .

2) Spider – The spider feature of Burp Suite is used to crawl web applications and look for new links, content, etc. It automatically submits login forms (through user defined input) in case it finds any, and looks for new content from the responses. This information can then be sent to the Burp Scanner to perform a detailed scan on all the links and content provided by the spider.Burp Spider is used for mapping web application. It will automatically crawl the web application looking for links and will submit any login forms it finds and hence provide a detailed analysis of the whole application. These links can then be passed over to Burp Scanner to perform a detailed scan using the information provided by the scanner.

7) Decoder – Decoder feature is utilized to decode data to get back the original form, or to encode and encrypt the data.Burp Suite Decoder can be used to decode encoded data and get it back into its canonical form. It can also be used to encode and encrypt data to get the encoded and encrypted forms. We can manually paste data into the decoder or send an encoded request to it. In this case I will be sending an HTML Basic authentication request that contains the username and password in base64 encoded form to the decoder. Right click on the request and click on Send to Decoder

8) Comparer – Comparer feature of the Burp Suite is used to perform a comparison between any two requests, responses or any other form of data. This feature could be useful when comparing the responses with different inputs. 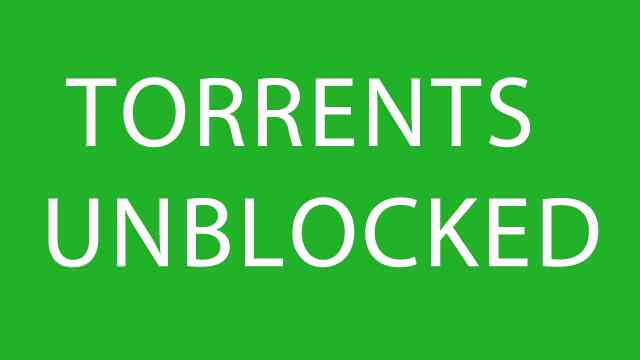 Google is the best search engine in the world. People think that Google’s popularity is due to its simple and fast searching interface, but friends, it’s more popular because it has rich operators and query support that will make your searching experience much better. Most of us don’t know which operators are supported by Google. Today, I will show you how we can search Google like elite hackers, or computer experts. To do this it is necessary that you should understand all the Google operators. So let’s learn how we can enrich our searching experience in Google.

Google operators are classified into two basic categories:
1. Basic Google Operators such as: “and” “or” “not” etc.
2. Advanced google operators like “inurl” “intitle” etc.
I am also including bonus search queries that are extremely useful for hackers.

1) And ( ) :- This operator is used to include multiple terms in a query which is to be searched in Google.
example:- if we type “hacker yahoo science” in the Google search box and click search, it will reveal the results which are related to all three words simultaneously i.e. hacker, yahoo, and science.


2 ) OR (|) :– The OR operator, represented by symbol( | ) or simply the word OR in uppercase letters, instructs google to locate either one term or another term in a query.


3) NOT :- The opposite of AND operator, a NOT operator excludes a word from search.
example:- If we want to search websites containing the terms “Google” and “hacking” but not security, then we enter the query like “google hacking” NOT “security”.

Advanced Operators:-
1) Intitle :- This operator searches within the title tags.
Description:- “intitle:hacking” returns all pages that have the string “hacking” in their title.
intitle:”index of” returns all pages that have string “index of” in their title.
Similar operator:- “allintitle”.
2) Inurl :- Returns all matches, where url of the pages contains given word.
Description:- “inurl:admin” returns all matches where the url of searched pages contains the word “admin”.
Companion operator:- “allinurl”.
3) Site :- This operator narrows search to specific website.
Description : It will search results only from given domain. Can be used to carry out information gathering on specific domain.
example:- “site:www.microsoft.com” will find results only from the domain www.microsoft.com
4) Link :- This operator allows you to search for pages that links to given website.
example:- “link:www.microsoft.com”
Here, each of the searched result contains asp links to www.microsoft.com
5) Info :- This operator shows summary information for a site and provides links to other google searches that might pertain to that site.
example:- “info:www.yahoo.com”
6) Define :- This operator shows definition for any term.
example:- “define:security”
It gives various definitions for the word “security” in different manner from all over the world.
7) Filetype :- This operator allows us to search specific files on the internet. The supported file types can be pdf, xls, ppt, doc, txt, asp, swf, rtf, etc..
example:- If you want to search for all text documents presented on domain www.microsoft.com then we enter the query something like following.
“inurl:www.microsoft.com filetype:txt”
Other popular search terms only for Hackers:
1. For searching active webcams online:
In Google Search Box type :-

Description- Active WebCam is a shareware program for capturing and sharing the video streams from a lot of video devices. Known bugs: directory traversal and cross site scripting.
2. For accessing the deleted messages on forums:
In Google Search Box type:-

Description- This search gives hundreds of existing curriculum vitae with names and address. An attacker could steal identity if there is an SSN in the document.
4.For searching secret financial spread sheets:
In Google Search box type :-

Description- Secret financial spreadsheets ‘finance.xls’ or ‘finances.xls’ of companies may revealed by this query.
5. In Google Search box :-

Description- The robots.txt file contains “rules” about where web spiders are allowed (and NOT allowed) to look in a website’s directory structure. Without over-complicating things, this means that the robots.txt file gives a mini-roadmap of what’s somewhat public and what’s considered more private on a web site. Have a look at the robots.txt file itself, it contains interesting stuff. However, don’t forget to check out the other files in these directories since they are usually at the top directory level of the web server!
6. For locating admin directories of websites:
In Google Search box type :-

Note: This is not originally written by me. Thanks to Unknown and Google Search Guide.

If you have any queries ask me in form of comments. Thanks for reading.