Welcome back everyone! In the first part of this series we discussed a basic overview and built our very own Pwn Phone. Now that we have a device that we can use, we’ll be comparing and contrasting it to standard desktop hacking equipment and software.

This will give us a deeper insight to the pros and cons of using a mobile device for our hacking needs. We’ll start by performing a pro/con analysis for each set, then we’ll compare them for a final analysis. We’ll start with the desktop set, since it’s the simpler of the two.

Pros and Cons of Desktop Hacking

The first perk that we get from desktop hacking is customization. We can freely install and uninstall as many hardware components as we want. This can lead to us having immense processing power for the various attacks that need it. But, there’s a catch. When we add new hardware to a Linux system, it won’t always work. Due to it’s open source nature, Linux can’t support all components. In a nutshell; when utilizing the customization that comes with using a desktop setup, the task of keeping everything running smoothly becomes much more complicated. 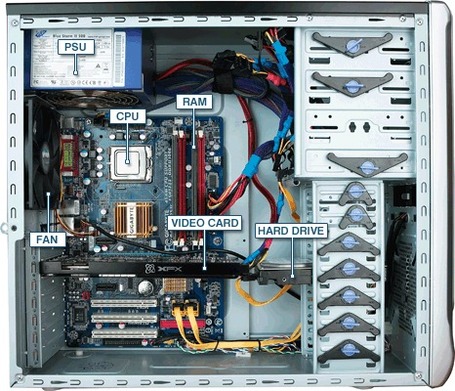 The second notable feature of desktop hacking is the ease of installing and using external hacking equipment. Being able to upgrade our processing power is one thing, but we can also use multiple peripheral devices very easily. For example, we can use an external wireless adapter to hack wireless networks. This enables us to perform specialized attacks with relative ease. But, this also comes at the same price as being modular. With the use of extra peripherals comes extra complications in keeping the system in working order.

The final perk that we’ll cover is tool compatibility; When using a desktop hacking environment, we are guaranteed compatibility for any Linux-platform hacking tools that are released. Even if we don’t have the proper dependencies to run a given tool, we can quickly install that dependency and get rolling. This let’s us use any tool that we need in a quick and efficient manner, a very large bonus!

Now that we’ve covered some of the basic perks to using a desktop hacking environment, let’s cover the pros and cons of using a mobile hacking devices. These perks apply to all mobile devices, such as Pwn Phones or Pwn Pads even.

Pros and Cons of Mobile Hacking

Now, time to get to what we’ve all been waiting for, mobile hacking! We’ll again analyze three of the main perks to mobile hacking, so let’s get to it!

First up we have something very obvious, mobility (duh!). When we’re using mobile hacking equipment, it’s much easier to transport. So much so that we can often carry it with us in our pocket! This allows us greater physical opportunities. There is one thing to remember, physical access to the victim machine will always equal a game over. Being able to carry our hacking equipment in our pockets makes it incredibly easier for us to gain physical access and get that game over! 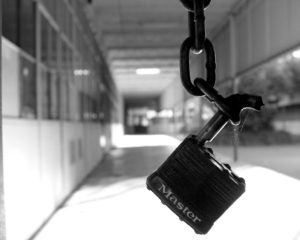 Secondly, we have something that just dawned on me the other day, conceal-ability. Referring again to the ability to gain physical access; Being able to carry all of your equipment with you in your pocket is much less likely to draw suspicion. Let’s set up a quick scenario to understand this; You’ve been hired to perform a penetration test on a company named Vuln Inc. Through a conversation with the executives that hired you, you’ve all agreed that a physical penetration test would be most beneficial. This is where you have a decision to make. Do you bring a Kali laptop inside of a backpack, or do you bring something along the lines of a Pwn Phone? If you bring the backpack, building security will surely stop you, but the Pwn Phone will allow you to blend in with the rest of the sheepish office workers, a definite plus!

Our final perk for using a mobile hacking device is the plethora of brand new attacks that we otherwise couldn’t perform. These attacks are things such as a HID keyboard attack, which we can easily perform using Kali Linux Nethunter but cannot perform from a desktop environment. This benefit may seem a bit simple, but given the proper circumstances, mobile-specific attacks can be extremely powerful. (We’ll cover them in the future)

Now that we’ve went over the individual perks of mobile and desktop environments, we’ll compare them with each other for a quick run-down.

Side note: Laptops will be considered a desktop technology due to it’s difficulty to conceal and suspicion raising, although in many other instances it can make for a legitimate mobile hacking platform.

We’ve covered a lot of things that are seemingly nonsensical today. Let’s be completely honest, mobile and desktop technologies are so diverse that they don’t really need to be compared. They are entirely different technological ballparks. But in order to prove that mobile hacking does have some weight and legitimacy to it, we needed to compare it to what everyone already knows to show how effective it can be versus the mainstream. That’s the point of this article, and now that we’ve proven mobile hacking worthy of our time, we can really delve into it. Next time we’ll be discussing the different mobile hacking options, I’ll see you there!

This post gives a Step by step Approach to Bypass Android Lock Screen . A Security researcher and hacker, named John Gordon, has found an easy way to bypass the security of locked smartphones running Android 5.0 and 5.1 (Build LMY48M). The Hacker to the bypassing lock screen vulnerability as the ” MAGIC TRICK “ . The hack simply allows to crash the user interface (UI) of the Lock Screen and allows the hacker to gain access to your Android Device .

Most of us use the Lock screens with a variety of lock mechanisms such as Pattern, Numeric Pin or even a Password . This Hack will Allow you to Bypass the Lock Screen , no matter what type of Lock screen you use except the pattern lock .

All this is done to make the camera app crash. Further, you will notice the soft buttons (home and back button) at the bottom of the screen will disappear, which is an indication that will enable the app to crash.

At this time, stop your actions and wait for the camera app to become unresponsive.

After a moment, the app will crash and get you to the Home Screen of the device with all the encrypted and unencrypted data.

Good/Bad News – the patch has released for the vulnerability and is made public by Google.

An Android vulnerability has been discovered that leaves the Phone Dead .Well this is a Treat for Android Exploitation Enthusiasts .The Vulnerability that has been discovered in  Android can render a phone apparently dead – silent, unable to make calls, with a lifeless screen. And this vulnerability is present from Android 4.3 (Jelly Bean) up to the current version, Android 5.1.1 (Lollipop). In this artical hacking loops brings you this vulnerability explaining the flaw and the origin , though we also plan to share the Proof of concept in latter posts.

Android has been very ubiquitous since the beginning and popular for its vulnerabilities .   This vulnerability is present in the versions Android 4.3 (Jelly Bean) up to the current version, Android 5.1.1 (Lollipop) which account for likely than half of Android devices in use today.

This vulnerability that leaves the Android Phone Screen to be lifeless can be exploited in two ways:

If the Attacker uses the first technique , using the malicious Application on the Device then it can cause long-term effects to the device: an app with an embedded MKV file that registers itself to auto-start whenever the device boots would case the OS to crash every time it is turned on.

In some ways, this vulnerability is similar to the recently discovered Stagefright vulnerability.
Both vulnerabilities are triggered when Android handles media files, although the way these files reach the user differs.

The vulnerability lies in the mediaserver service, which is used by Android to index media files that are located on the Android device. The Media Server service cannot  process correctly if a malformed video file using the Matroska(.mkv format video file) container (usually with the .mkv extension). When the Media Sever Service / Process opens a malformed MKV file, the service may crash !! And with it, so will the rest of the Android operating system.

This vulnerability is caused by an integer overflow when the mediaserver service parses an MKV file. It reads memory out of buffer or writes data to NULL address when parsing audio data. The source code below – found in the frameworks/av/media/libstagefright/matroska/MatroskaExtractor.cpp file – shows the vulnerability in detail:

What Happens To my Android when Exploited

The mediaserver service continuously restarting after the exploit is triggered .This Android Vulnerability when exploited by an attacker will cause the device to become totally silent and non-responsive. This will leave the Android Phone Lifeless or Dead .

The following happens when the Vulnerability is EXPLOITED :

Keep Reading our posts for further Updates on Android Vulnerabilities and Exploitation Techniques .

For achieving this we will need to run the Kali OS on the ARM Architecture . This however does not mean you cannot install Kali Linux in a chroot on almost any modern device that runs Android. In fact, the developers of Linux Deploy have made it extremely easy to get any number of Linux distributions installed in a chroot environment using a simple GUI builder.

There’s actually very little to be done to get Kali installed. By choosing Kali Linux in the “Distribution” tab, you’ve pretty much covered the important stuff. Optionally, you can choose your architecture, verify that the Kali mirror is correct, set your installation type and location on your Android device, etc. Generally speaking, the defaults provided by Linux Deploy are good to begin with.

Once you are happy with all the settings, hitting the “install” button will start a Kali Linux bootstrap directly from our repositories. Depending on your Internet connection speed, this process could take a while. You’ll be downloading a base install of Kali Linux (with no tools) at minimum.

Once the installation is complete, you can have Linux Deploy automatically mount and load up your Kali Linux chroot image. This also includes the starting of services such as SSH and VNC for easier remote access. All of this is automagically done by hitting the “start” button. You should see Linux Deploy setting up your image with output similar to the following: 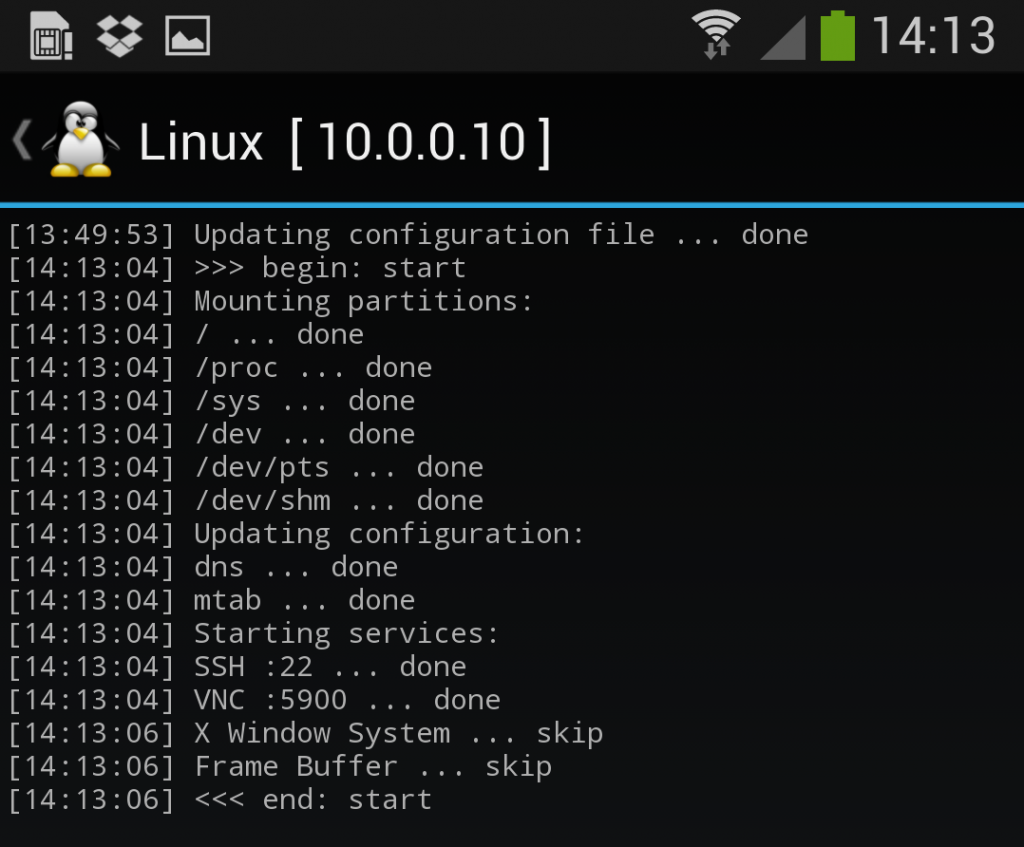 At this stage, Linux Deploy has started a VNC and SSH server inside your chrooted Kali image. You can connect to the Kali session remotely using the IP address assigned to your Android device (in my case, 10.0.0.10).

Login to your chrooted Kali

The Kali Instance can now be Accessed either through a VNC client or an SSH client to begin the Penetration testing .  The VNC password is “changeme” and the SSH credentials are “android” for the username (configured via Linux Deploy) and “changeme” as the password.

If left unchanged, Linux Deploy will automatically set an image size of around 4 GB, for a “naked” installation of Kali. If you would like to install additional Kali tools down the road, you might want to consider using a larger image size, which is configurable via the settings in Linux Deploy.